on August 13, 2021
This review is based on the final retail version of the game provided to us by the designer and publisher. We were not paid for this review. We give a general overview of the gameplay and so not all of the mechanical aspects of the game may be mentioned. 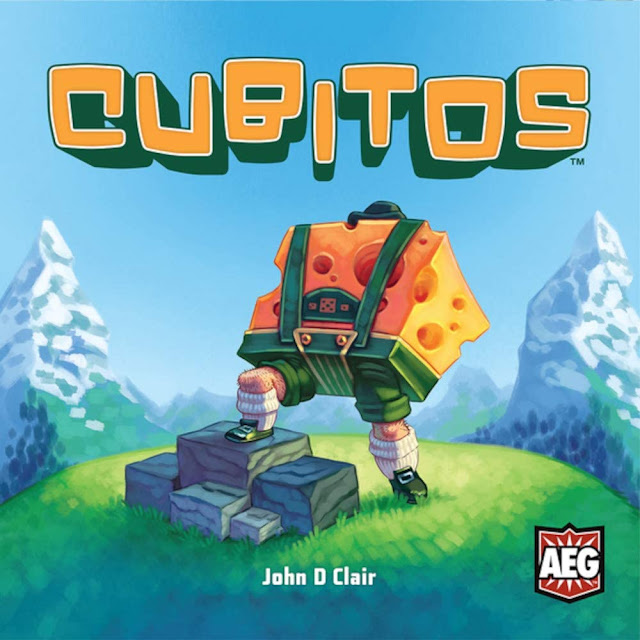 There's always that slight silence across the table as the die slowly clatter to their rest. You may not like dice games for their randomness, but you certainly can't fault them for the amount sheer suspense and excitement that they bring to the table. For everyone I know who hates the addition of rolling cubes, there's someone else cheering them on and joyously adding another game the their collection. They are the embodiment of anticipation and for most of us our first foray into board games was based around some kind of dice rolling mechanic and so like most nostalgia, we either look back fondly or cringe that we ever enjoyed something so crass in the first place. 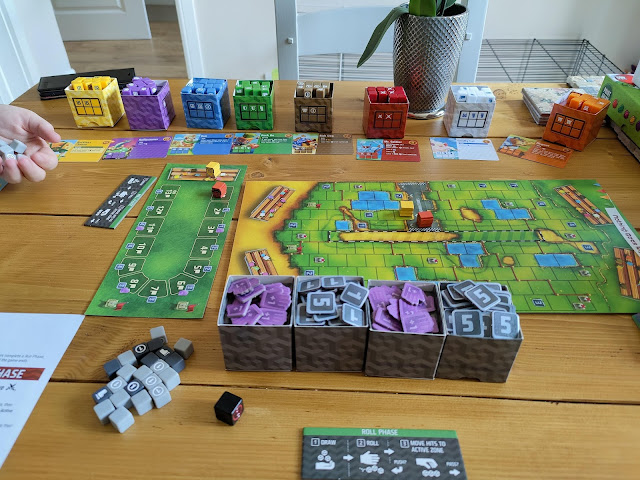 Cubitos not only wants you to roll dice, it wants you to roll lot of dice. It would honestly like you to be swimming about in dice like Scrooge McDuck if it had its way with you, spitting out dice in a cascade while you did the backstroke. And while you are doing this, it would like you very much to race around a track to discover who is the Cubitos Champion, picking up helpful dice to either boost you or hinder your opponents. This is all wrapped up under a push your luck main mechanic that rewards the brave and lightly punishes those who take things too far and crash and burn. Every time you consider re-rolling your dice then you risk the chance of rolling blank faces and busting, which automatically stops you from taking part in the Run part of the game, where you inch your way forward around the track.
As the game progresses, you'll gain currency and the means to purchase a number of special dice that grant you additional abilities to help you on you race on. Most of the dice will be lost after usage, so it's important to plan whether you want to use those dice straight away or save them for another time. Sometimes it's worth pacing yourself and running with some of the normal base dice to maintain a steady pace and only bring in the specials when you truly feel you can capitalise on the advantage. And of course, when you decide to bring on that big play, you're putting yourself back in the hands of fate.
There is something very joyous about the dice rolling in Cubitos, and mainly because the production values are superb. Everything has been given that little bit of extra attention to make it sing and work, whether it be from the art work on each of the character cards to storage solutions / dice boxes that are used in the game. When Cubitos is present on the table, Cubitos is Present on the table. There's a reasonable amount of space required when things are set up, and even a small two or three player game will probably take up most of the space on a standard dining table once everyone has their own area and the dice trays are fully set out. 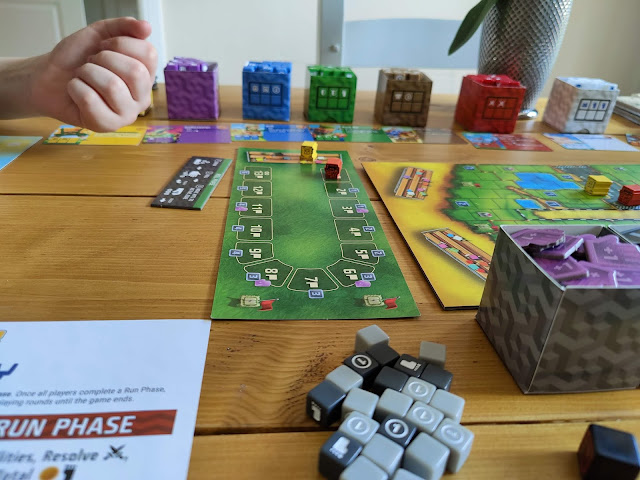 Content in Cubitos is a bit of a double edged sword. There's a huge amount of different characters you can employ to help you as you race around the track, and because the dice only need a reference card to bring a selection of new powers to play with, it means that AEG and John D Clair have quite literally stacked the deck. After all, this was the designer that brought us Mystic Vale and Edge of Darkness, both known for hardly being bereft of additional gameplay opportunities. Cubitos literally has enough additional characters to keep you going for some time to come.
Cubitos offers so much choice that in some eyes could be seen as over complicating the potential meta of the game. I can see people playing Cubitos several times with several characters to have fun and get the feel of it, walking away feeling satisfied and their thirst for fun completed sated. Playing through the entire roster is going to require dedication and intent and for some players that may prove to be a roll too far. I'm almost reminded of the huge character choice that became present with Dice Masters, and in some ways, Cubitos is giving you the opportunity to tailor the game so far as to possibly making your race completely different to anyone else's. In the land where most games only get three or four plays before they go to gather dust, Cubitos maybe condemns itself by not having the more complicated companions there in the first play through. 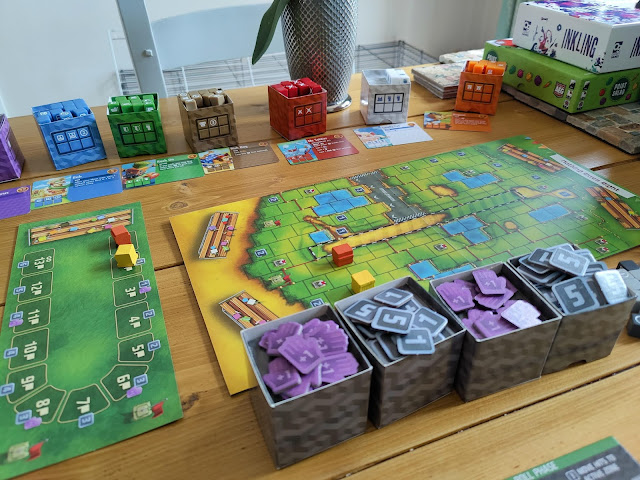 Cubitos offers huge value for money, I really can't stress that enough here. What you need to do is spend the time Cubitos deserves in order to experience some of the more complicated dice companions on offer. For those who liked Steam Punk rally, this would make an wonderful bedfellow. For those who love the roll of cubes across a table, you've probably already have this in your basket or already sitting on your shelf ready to play. In that case, lucky you. This is going to keep you rolling with a smile of anticipation for some time.
You can find out more information on Cubitos by going to https://www.alderac.com/cubitos/
2 -4 Players
Ages 14 +
Designer - John D Clair
If you would like to support more written pieces on the blog then please consider backing us on Patreon. www.patreon.com/werenotwizards
aeg Boardgame Review Cubitos Board Game Review