on August 27, 2020
This is the pre-production version of Dark Imp Cracker Games, so the art, rules and mechanics may be subject to change over the next couple of months. Therefore please treat this as a first thoughts piece, based on version of the game that we were provided with. We have not been paid for the preview. We also do not provide a full play by play explanation of the game, so not all mechanics may be mentioned in the preview. 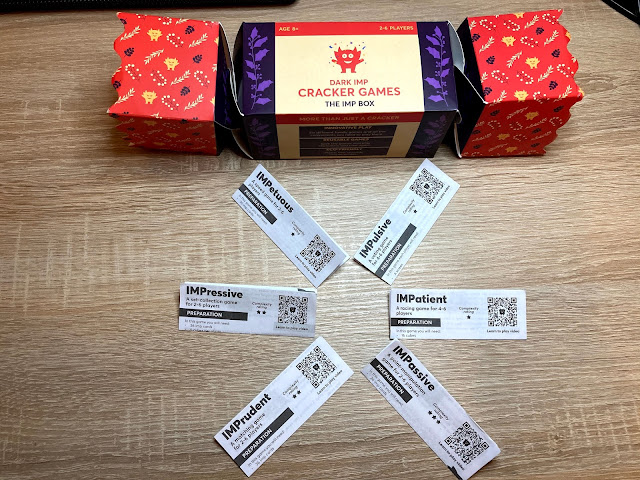 Tradition is a funny thing. Nothing highlights this more than one of the biggest festivals in the Christian calendar, Christmas time. Most of us realise as we get older, that it was probably placed around about the time of the Winter Solstice in order to take the wind out of the sails of that Pagan tradition. In order to drive people away from the natural and towards the 'spiritual'. Yet as time goes on, and we recognise the growing multiculturalism within our own societies, it becomes clearer that claiming the beginning of winter isn't very welcoming to anyone who have differing beliefs to the manger story. So we see a slow change away back to remembering that we celebrated indoors with lots of food, drink and light because on the other side of the door, the darkness lurked and claimed that day. Reminding us that we are small and vulnerable and able to be snatched away at a moments notice into the Winter night. 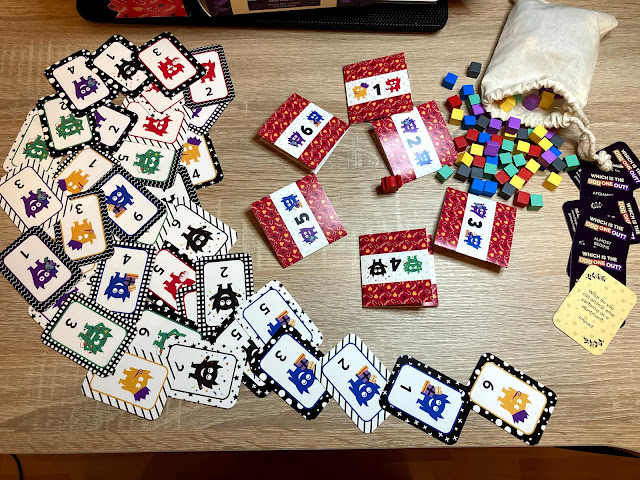 We summon protection through tradition. Over time, traditions that were used to protect us and keep us safe become habits rather than necessities, and we do things not because there is any logic to it, but because it is always the way that things have been and done. While Christmas celebrates tradition, traditions within families can differ so much that even when those young and in love share their first Christmas time together, there can be a clash of traditions in the middle of the living room. Debates and compromise over everything, from when the presents are meant to be opened, to what time everyone eats. That one o'clock is ridiculously early while three is far too late. Tradition can also be about having to put up with things that we hate, from Brussel sprouts on their own without bacon, to even having to eat Turkey, things that normally never go near a plate for the other 365 days in a year.

We put up with the mild irritations and things we don't normally give a inch of time to because it's the way that things have always been done. We accept and feign smiles at mediocrity and the overpriced because we only do this once a year even though it's no longer as true. We pull crackers and smile at tissue thin paper hats, unsolvable metal puzzles and tin padlocks and keys you could bite through if the mood takes you. It is after all, just a bit of fun. Just without the joy. 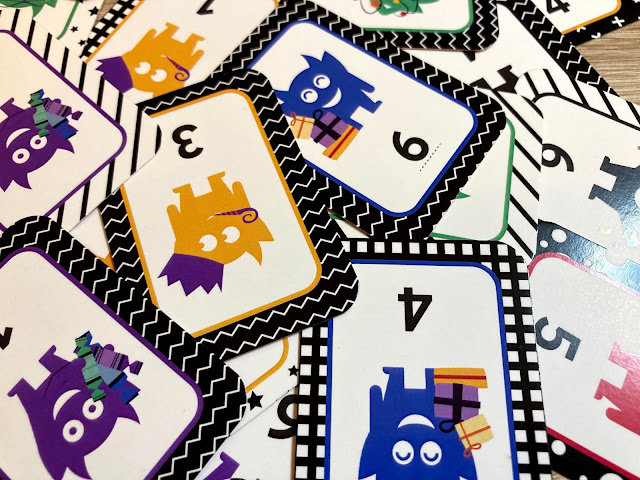 So what if things were different? What if someone had decided to take a stand in the middle of all of this acceptable banality and decided that things could be different? That crackers could be something that could be opened with genuine excitement and organised and designed joy weren't just the latest branded zeitgeist in order to justify that bloated price? Well, Ellie Dix from The Dark Imp has taken up the challenge, and in one of the many savoury gaming pots she is dishing up, we had the pleasure of being asked to look at their latest offering in the form of a paper cracker with a plethora of games.

I've already been impressed with The Dark Imp before. When we reviewed Doughnut Dash a month or two ago, I was delighted by the nature of the concept so much that I took to the Board Game Barrage podcast and spent some time telling the hosts why they should consider picking it up to play. Ellie Dix is doing what so many designers aspire to, which is to take their game idea and make it attractive to the masses, and with some success to wit. So I'm not going to do the traditional 'make you wait until the end' so you can find out I think. Click the link here and back the game, or in this case games. 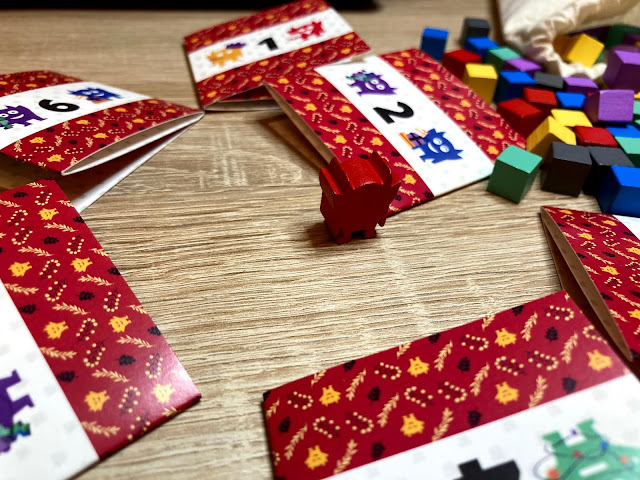 What you have within the environmentally friendly Christmas cracker is a set of six games in increasing complexity that are designed to be reused and replayed and re-enjoyed again and again for up to 6 players. Within the cracker you'll find a stack of 36 specially designed numbered and patterned cards, 6 of the synonymous impeeples to use, as well as a chunky and crunchy cloth bag, full to the brim of 120 differing colour cubes.

The games themselves measure in complexity, and have all been given a well thought out if not puntastic game to give you a clue as to what might be involved in the game itself. So IMPetuous is about speed and the ability to look at the flipped over cards in front of you for commonalities that allow you to call out and claim all the cards that had that common feature. Imagine something like pairs, but the chances are that multiple features might be the most popular in the upturned cards and it can lead to joyous confusion and anticipation as someone makes a claim that then has to be correct. 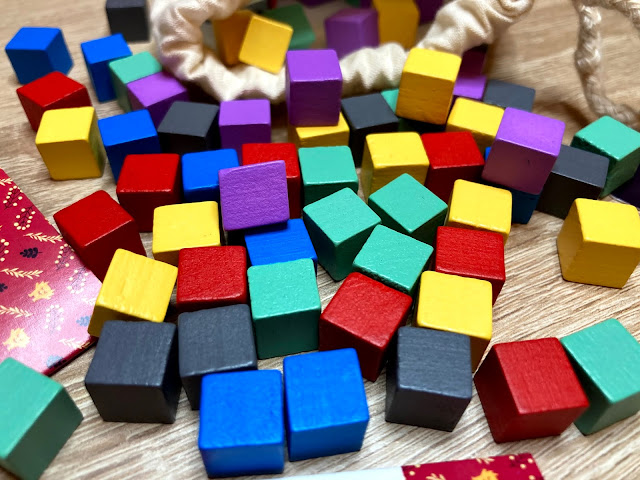 IMPassive as the most complex game is all about point manipulation, increasing the points allocated to a particular Imp, and making sure by moving the pieces and adding scoring cubes to the correct part of the setup, that they triumph with the most number of points. It's a complex game that can take some time to fully grasp, and it might prove a struggle for those who may have had too many sherries on the big day. However, there is nothing more delightful than winning because you chose the right tactics to win and weren't just relying on blind luck. 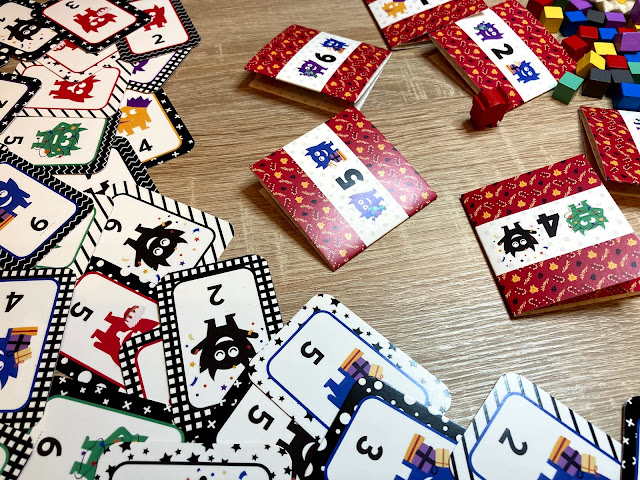 The key part of all of the six games on offer is that they all come with a little extra over a basic game that most players will have had some experience over, but Ellie knows how to add that little bit extra complexity that is the most wonderful additional garnish. Not complication for complication sake, but additional mechanics that you'll often see in some of the bigger games we are so desperate for our friends and family to try. With that in mind, I have to ask you why you are still reading this and haven't clicked through yet to either back the game, or at least register interest. There are actual jokes in the cracker as well, and I genuinely laughed at least a few of them. There are also the riddles to solve if that doesn't convince you. It's just a smart little playful package for you to enjoy.

The Dark Imp have managed to break with tradition and create a Christmas Cracker that is useful, entertaining, educational and certainly worthwhile keeping long after those Turkey Leftover sandwiches have found their way to the bin. Maybe it's time that a new gaming tradition started, and Trivial Pursuit can stay in the cupboard this year.

The Kickstarter begins on the 1st August - Click Here For Info