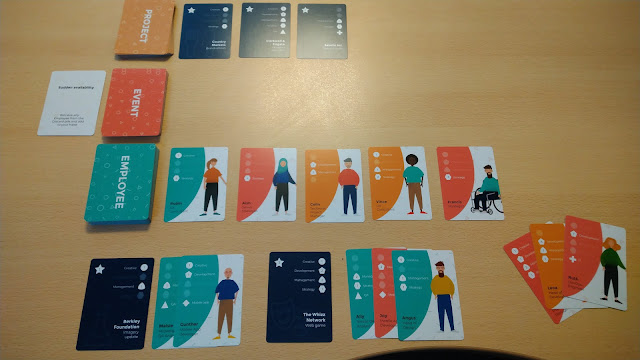 "Yeah, it's good" is the "Yeah they're a nice person" of the board game world. It's the 6/10 of the video game world, the 3 out of 5 stars for movie reviews. It's something that does exactly what it planned to do and nothing more, not being rubbish enough to anger you for wasting your time, but not making you glad you carved out time from your day in order to experience what was on offer.
The issue with tabletop is that we expect our tiny entitled minds to be blown away every time we sit down in front of the latest boxed goods sitting on our table, and so when something does something 'good', it is sometimes easy for 'good' to find itself not picked up and played again. 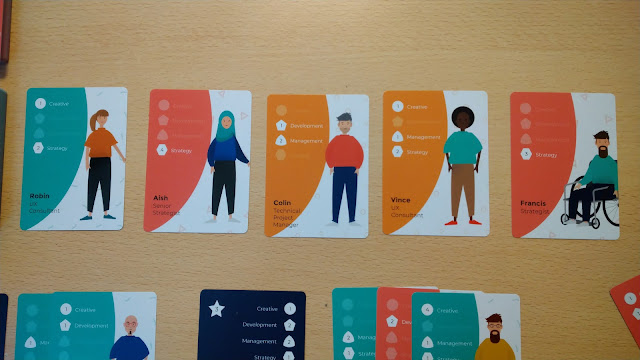 The Digital Agency Game from David Storey is a perfect example of a 'good game', where there is a lot to like from the outset. The graphical presentation is clean and crisp, the rules are well laid out and easy to understand, and you'll grasp the basics within a short period of time. The aim of the game is to complete projects assigned to your digital agency by using staff with certain skills to reach the criteria required by the project. So a financial calculator might require creative, development, management, strategy and QA skills. While a security audit might need management, strategy and IT only. 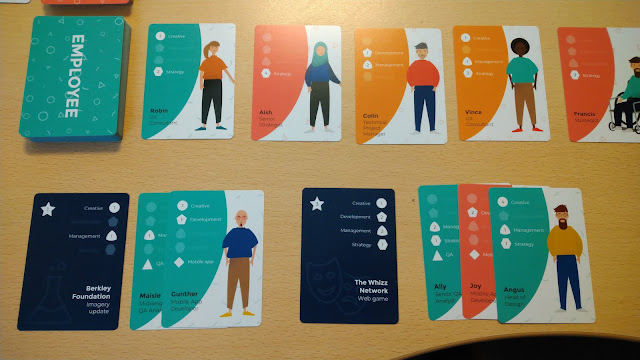 You allocate staff with the required skills to the project and complete it in order to gain victory points. Every round you draw an event deck which will cause either a negative or positive effect on your efforts. Some will increase the value of the skills that you have, while others might stop you from completing a project for that round. A few of the cards will have you changing hands with other players to mix things up or steal an employee, but they are few and far between. Once all the event cards have been played, then the game finishes and is scored based on completed projects. 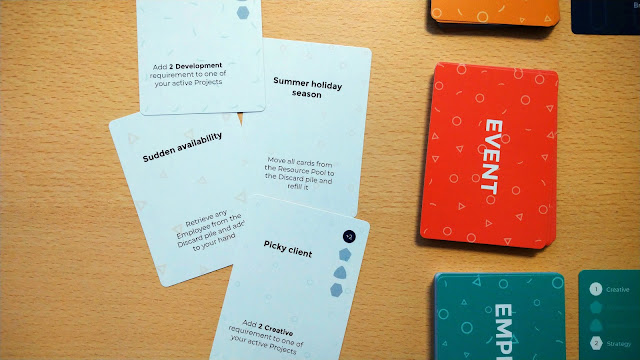 It all sounds good so far, but in practice, TDAG suffers from the old curse of a lack of interaction between players, except for a few of the event cards, which leads to a solitary experience as you play. Yes, there is competition as you try to select the most suitable cards to help you get the perfect matches between employees and projects, but once someone takes a card into their possession, it's pretty difficult to do anything about it, accept to sit there and watch them play their turn out. There simply isn't anything you can do except hope to luck out in the next event card that you draw.
So, with that in mind, it's fairly easy for TDAG to become quite pedestrian after a few rounds, and it feels like it would benefit from a target score instead of a total at the end of the game. 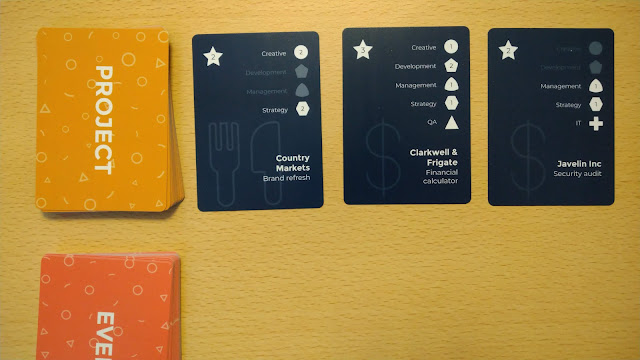 I appreciate the amount of work that has gone into the theme. In truth, having worked in a digital agency myself, there are some recognisable tie-ins between the skills required and the projects you are trying to complete. There's a lot of work that has gone into each of the projects and assigning what skills could be required, and they aren't just flights of fancy, which pushes me slowly to state that there is an element of education to the game. The rule book itself suggests that this is trying to mimic what you would expect a digital agency to do in terms of the day to day operations. Hats off to David for making a real effort in the diversity of the staff that you have as employees as well. There's a decent spread in the employee deck which reflect the ongoing push to have a wider range of people working in the industry. 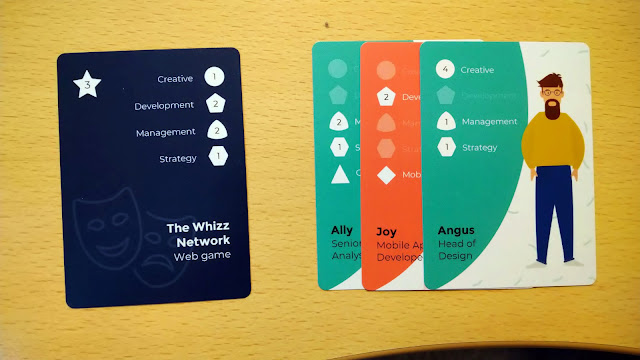 I'm torn here, but only because if I'm comparing this as a game to others out there, then it's not great, it's only good and it's only just good. I really like the strong presentation and clean design, however, there are a lot more games out there with more interesting card mechanics and challenge that kick other players arses for me when I want them to. I makes it difficult for me to make a strong enough case for TDAG to need to be considered as a must for your collection. However, if you are setting alongside games like Carbon City Zero, which embrace education of a subject alongside a simple game, then there are merits to The Digital Agency Game. I could easily see it sitting in a classroom environment, teaching people what a digital agency does, and doing a damn good job of it too. It needs another twenty minutes in the 'screw you' oven, and maybe a quicker way to finish. It's good, and for a lot of people, that might not be enough unless they are willing to look outside the scope of a normal game.

You can check out the campaign on https://www.kickstarter.com/projects/2009182040/the-digital-agency-game
Game Design - David Storey, Illustration - Natalie Loh, Original Concept - Ross Angus
We were provided a preview copy of the game.
We were not paid for this Preview.
David Storey has not appeared on the podcast.