This may become something of a confessional. I hope none of my other games read this, as they might end up getting jealous. How do I put this? I've fallen head over heels for another game, and that game is Magic: The Gathering.

Its been a bit of a strange path that has led me here to be honest. I became interested in game design the more I played card and board games, which led me to various podcasts on the subject. One theme that cropped up a lot was the need for anyone interested in designing games, to experience lots of games and mechanisms by simply playing  as many key games as possible. One name cropped up time and time again - Magic: The Gathering. 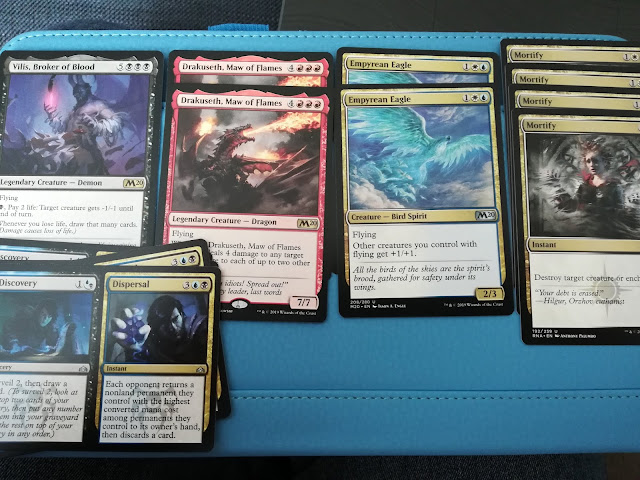 Now, I don't live under a rock. I was well aware of the game and its significance, but I had (up until that point) had no desire to play it due to the perceived financial implications of "buying into" the game. I had played and enjoyed Star Wars: Destiny by Fantasy Flight Games, but the whole reason I stopped was the cost to stay up to date with the game. I preferred the LCG (Living Card Game) model where I knew what I was getting, and as such some of my favourite games are Lord of the Rings LCG and the Arkham Horror LCG. Suffice to say, I haven't found Magic to be too expensive. 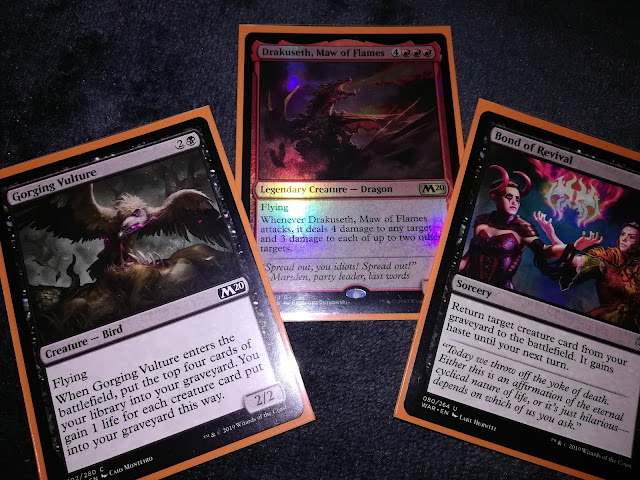 I recently heard about the MtG Welcome Decks Wizards of the Coast provide gaming stores with. A quick visit to a few games stores and I had myself several of the decks and myself and my son got stuck in. It was an instant hit and we spent quite a bit of time on a holiday to the north of Scotland battling it out. This was August 2019, a mere 3 months ago. Since then it has been a wild magical ride.

I quickly discovered there was an online platform, Magic: The Gathering Arena, where I could play ranked and unranked games, earn gold and XP which in turn let me access packs and new cards. HOOKED! Arena has seasons and I'm currently in my 3rd season proper. There's also the paper collection. A new set, Throne of Eldraine, launched recently and I was able to attend my first pre-release where each player gets 6 packs from the new set and builds a 40-card deck, then plays in a casual tournament. 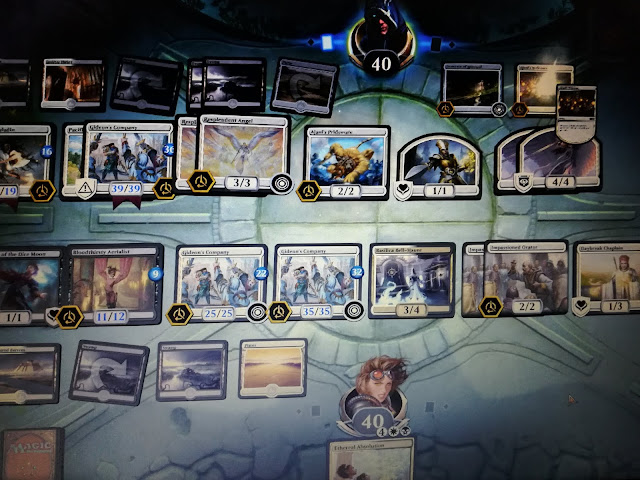 The game plays like many of the card games I've played in the past. Many of the terms used in Magic were familiar to me, but only because people who had played it in the past still used the terms in games they played now, for example some of my gaming group use the term "tap" in A Game of Thrones LCG, despite the games term being "kneel" for the same action. Its testament to the staying power of MtG that this happens. I've heard it across many card games. A lot of the mechanisms were familiar too. Another indicator  of the power of the game and its impact in the wider gaming community.

KeyForge probably had some influence on me playing MtG as well. I played it quite a bit when it launched and was aware of the Garfield connection. Having played Magic after KeyForge and I can see a lot of the DNA that's present but I definitely feel Magic is the better game. Art was another factor. My favourite artists in games is probably Magali Villeneuve. She's done work for FFG's Lord of the Rings and A Game of  Thrones LCGs, amongst others, and I'd seen some of the work she'd done for Wizards of the Coast and it looked fantastic. 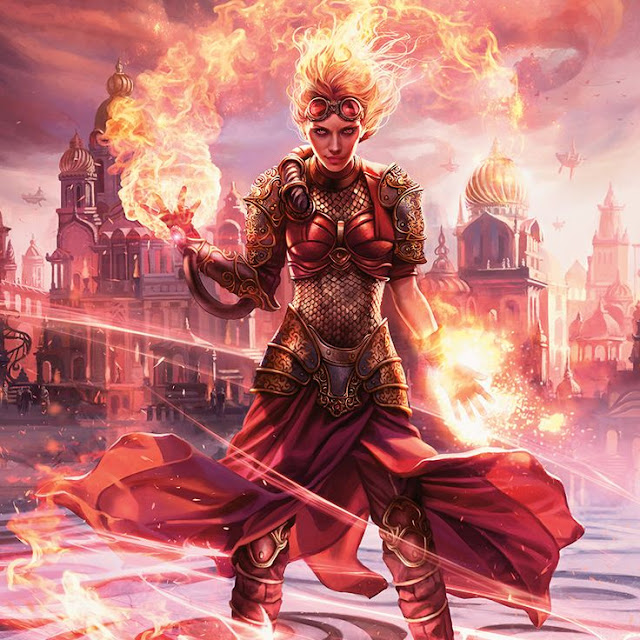 Then there's the wider Magic community. I'd often heard this was a pretty toxic corner of the internet but in all honesty I've not found that at all. Through several excellent podcasts - The Sunday Afternoon Magicians, Casual Try Hard MTG, Table for Two - An MTG Podcast and Humans of Magic - I've connected with some of the community and found it them to be fantastic people. Special shout out to the Sunday Afternoon guys Brandon, James and Damus and KYT & Alexander from Table for 2 for being so welcoming and engaging when I've had questions. These guys have all helped propel Magic to the forefront for me and I genuinely look forward to new episodes of their respective shows dropping.

I never thought I'd be sitting here writing about my feelings on Magic: The Gathering. I've liked games (Lord of the Rings LCG is a big favourite) and gotten really into them (you should see my wooden storage box - stunning) but this feels different somehow. I feel like I've discovered a whole new world. I realise that I'm many decades behind the curve here but I'm okay with that. I'm here now and loving it. From the collecting to the art to the brewing to the searching for the Oko killer (spoiler - there isn't one) its well, Magic. 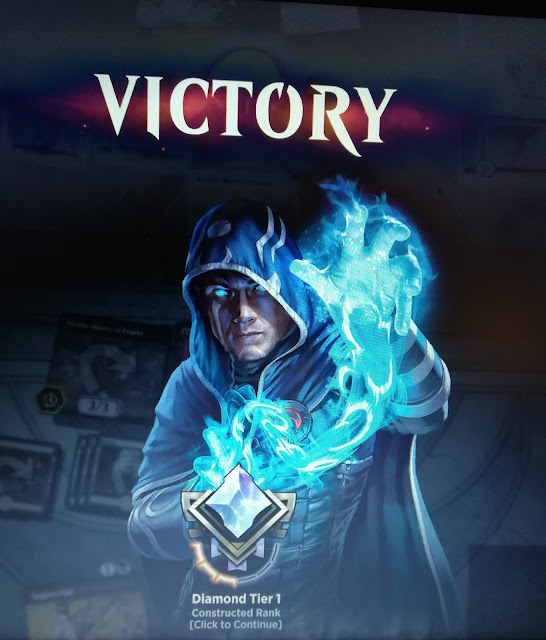 Magali Villeneuve Magic: The Gathering MtG Wizards of the Coast