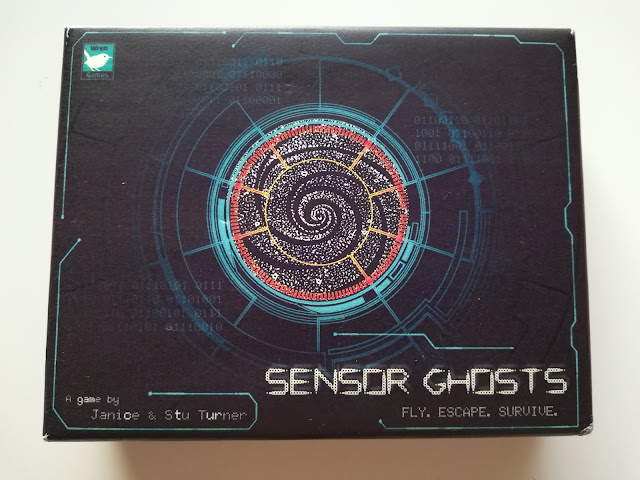 You've escaped the space station, dodging killer viruses and a computer system intent on your death. You're on you way home to Earth, but there's a catch (well, more than one to be honest, none of which is good for your situation). Home doesn't want you back given the scary space virus that wiped out all your crew mates from the station. The only way you can get back is to negotiate an asteroid field, grab a sample of the virus and get it back to earth without getting vapourised in the process. Easier said than done given your scanner is on the blink thanks to the malevolent computer which is intent on killing you.

The game itself is a puzzle game. The route back to Earth is littered with danger. Some sectors of space may contain asteroids or other obstructions. You might get lucky and the sector is clear of anything nasty or you may reach a boost, which gives you an extra push along your current path (sounds good, but it can be fatal). As you traverse the asteroid field, sector cards are flipped and immediately resolved when your ship enters that sector. You may be clear, you may get a boost, or you may meet a gigantic chunk of rock that ends your journey rather quickly. 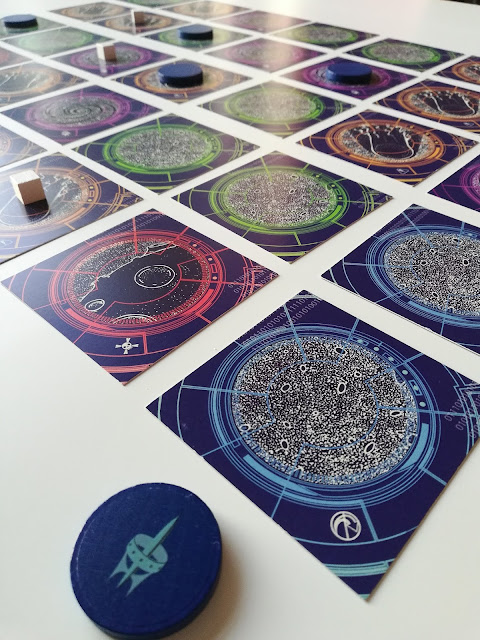 Play is conducted by setting out a grid of 7 rows and 5 columns, all face down. The first two cards in the bottom left section of the grid are always the same and give you a gentle start which served to lull me into a false sense of security immediately given there was nothing nasty lurking, as these cards do not get flipped and resolved when your ship enters the sector. Various sectors will have tokens on them and these will either represent a rock, or the sought after virus. The ticket home.

A Role Card is selected that will give you a bonus effect for use in the game, for example a deep scan would reveal two cards instead of the standard game action of one. You also have a shield card with a strength of two. Again, I'm sitting with the game set up about to start thinking "I got this. I have a plan, I have shields ready to charge. It's all good." 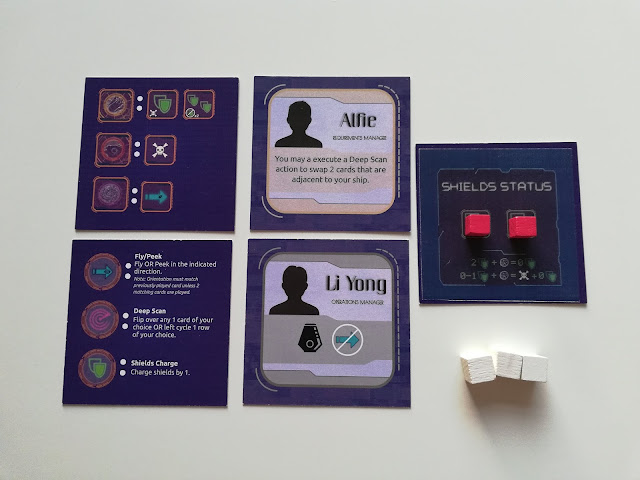 A hand of 3 cards is drawn, which will be a combination of a Fly card, a Shield card or a Deep Scan card. A few moves into the solo game and I started to worry. Space was beginning to feel very crowded. My path was looking very restricted. Somehow I made it to the first possible sample on the third row of the board and was delighted to snag a virus on my first go. Two moves later I hit an asteroid.

That's a fair summation of my first few attempts at the game. I found it pretty tough. The rules and gameplay are easy to pick up. Time becomes your enemy along with the myriad of space detritus waiting to smash you to pieces. The timer is your deck and really starts to feel like it's on the top speed setting quickly. You also have a few other actions available to you during the game. You can move a row to the left or right at the end of your turn, realigning the cards and you have access to some markers which you could use to say a sector is safe or dangerous, further helping you plot a course. This is especially handy when combined with the Peek action (the alternative to Fly) which allows you to view cards in your immediate vicinity, or the Deep Scan action which lets you flip a card or shift a row. 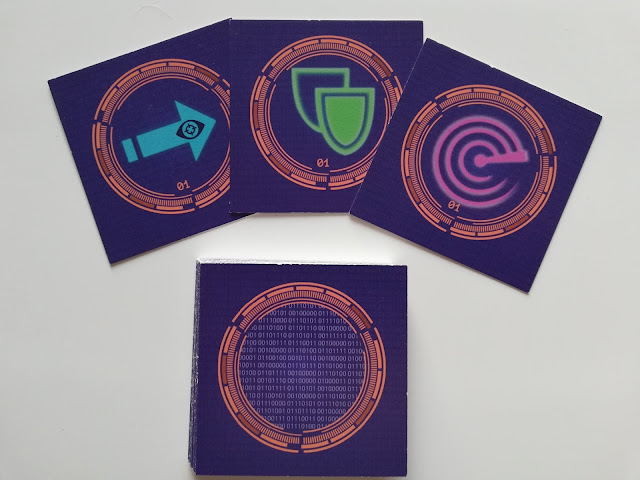 In terms of footprint, complexity and difficulty level it reminded of Friday. The theme and fundamental mechanism of the game couldn't be further from Friday, but the game somehow feels like it belongs beside it on the shelf, albeit with Sensor Ghosts having the option of a co-operative mode built in. (I didn't get the chance to try this though). From my experience of Friday and the quick look at Sensor Ghosts, both fit the "punishingly difficult small box game" category quite well.

Before I wrap up I have to say the game looks great. There's a good theme across the various cards and the sector cards, while simple, work really well in the game. Role cards may look a bit bland by comparison with one side stating the effect, but flip it over and there's a nice graphical representation of the card effect. 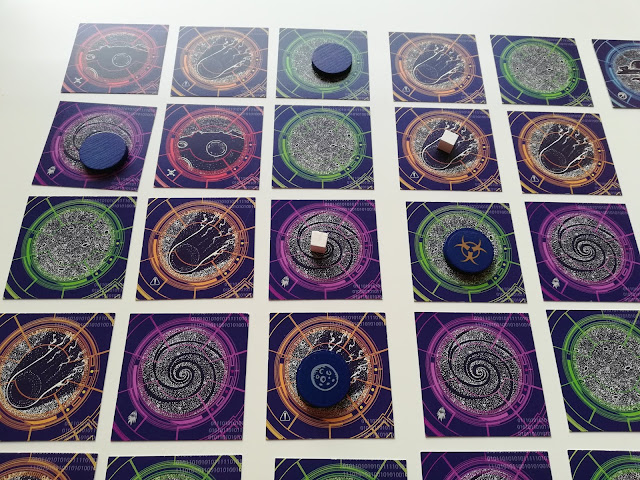 I enjoyed flying a few sectors towards Earth then getting obliterated, it must be said. A big plus for me is the "one more go" effect the game had one me. It's a really tough puzzle, but one that keeps drawing you back for one more go and given it's a small box game at a good price point that's a big achievement for me. If you fancy getting your hands on Sensor Ghosts, it's heading into the home stretch on Kickstarter and you can check out the campaign and give your backing here. The game is fully funded and knocking out stretch goals as we speak.

We were kindly provided a preview copy of the game by Wren Games, who's website you can visit here. Janice Turner from Wren Games was a recent guest on the show and you can download it here.