This review is based on the final retail version of the game provided to us by games distributor Hachette Games. We were not paid for this review. We give a general overview of the gameplay and so not all of the mechanical aspects of the game may be mentioned. 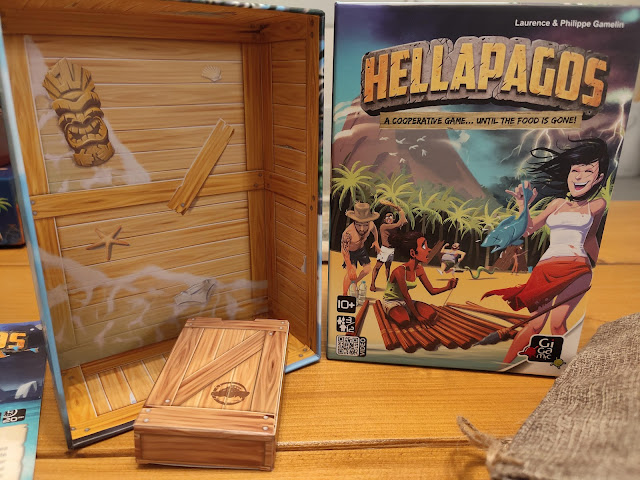 In the situation where some kind of natural disaster strikes, I'm going to be one of the discovered poor souls that got burnt / drown / cooked / cannibalised to death. I can't be bothered with the thought of being the plucky survivor, ending up meeking out some kind of living on the scraps of humanity. If the zombie apocalypse turned up, I'd be out there arms outstretched waiting to be bitten, I'm getting my tan in the nuclear fire. I've never been on Five Games for Doomsday because my answer to the question is "I'm probably already dead Ben to be frank, you c*nt".

Which takes me to Hellapagos, a shipwrecked with castaways survival game where within the first five minutes, I've already walked out in to the deep blue tide and taken in a lungful, while sticking the finger up to those trying to make a fishing net out of their left shoe and recent pinned tweet. Without microwave or confirmation of dairy and gluten free options I'm pretty much a dead man walking, so I've take leave of this mortal coil while you decide whether to be fishing or gathering water or raft building. Then I'm going to sit and wait and see who joins me amongst the choir invisible. 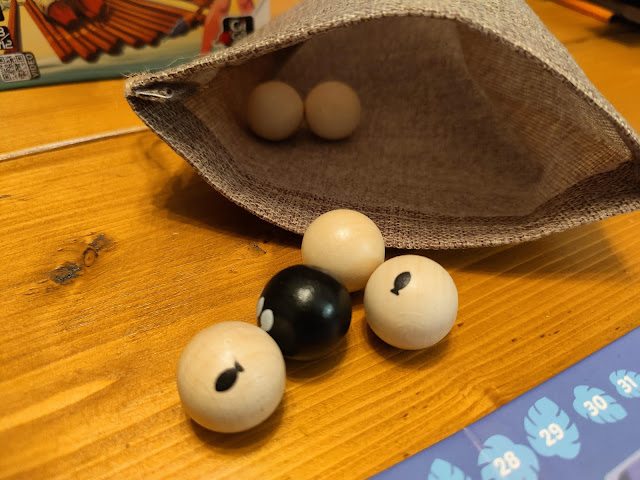 Hellapagos is brutal game with the emphasis on survival and double crossing with a side garnish of murder on the cards. There's a hurricane on the way which you need to build a raft for, but you also need to make sure that everyone is fed and watered on every round. Unfortunately you can only take one action yourself for that round, and so you are relying on others picking up the slack where you've been ploughing ahead and trying to save everyone's skins.

You can go on a scavenger hunt in the wreckage and hopefully turn up with something useful like some bottled water or a gun. Or take a trek into the woods and try to avoid being bitten by a snake while you attempt to gather wood to build a raft. At the end of the round you need to see if you have enough food and water for the survivors, with a shortage resulting in a vote for one of the islanders to die. Yup, it's a player elimination type thing and for some, that's going to grate a little bit. If you manage to build a raft and provide food and water for the trip then you win, If you wait to long for the hurricane to arrive you have to decide who is going to die. 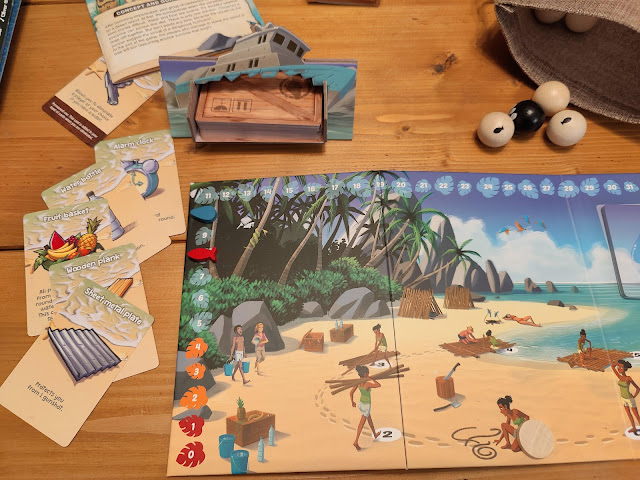 So here's the thing with Hellapagos. It's going to need more than the three recommended players for it to really reach it's potential. In my honest opinion, this is going to need to be in a setting where people have other things going on in the background. That's not a slight, its just that when something like player elimination is a core component of the game then you having everyone focused on the game isn't entirely fair. I suggest you use the Voice of the Dead option, where eliminated players are allowed to interfere in the voting aspect of the game, so they can keep themselves involved. I can see this being played at birthday party where people are forming alliances and winding others up as they condemn them to starvation. I can see it working in office team building fun events as a break from the norm. 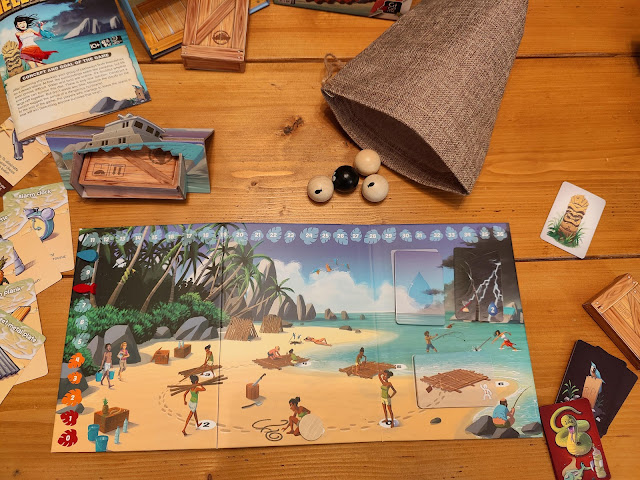 Hellapagos is one of these games that doesn't create the atmosphere when people start to play. It actually relies on the atmosphere of the room in order to help lift it as a game. It's very easy to learn, and the artwork and components are of great quality and really work to set the scene. It doesn't take up too much space on your shelf and it easy to transport without it looking like 'YOU HAVE A BOARDGAME WE CAN PLAY' kind of energy. It's going to be fun depending on the people you have to play but make sure it's more than four because otherwise you'll end up wishing you had just spent the day on the beach.

You can find out more about Hachette Games - https://www.hachetteboardgames.co.uk/

You can find out more about Hellapogas by going to https://en.gigamic.com/game/Hellapagos