on August 12, 2021
This is the pre-production version, so the art, rules and mechanics may be subject to change over the next couple of months. Therefore please treat this as a first thoughts piece, based on version of the game that we were provided with. We have not been paid for the preview. We also do not provide a full play by play explanation of the game, so not all mechanics may be mentioned in the preview. 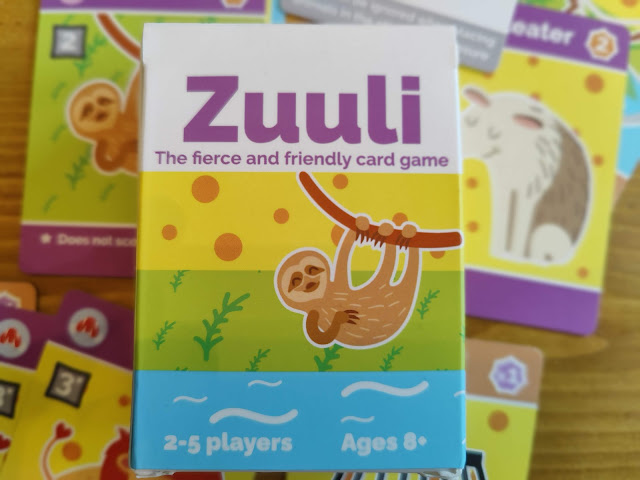 Sometimes when you get a game for an intended audience, its often better just to hand that game off to the intended recipients, lighting the blue touch paper and just stepping back. As someone who has reviewed close to over 100 games now, sometimes its not an entirely bad exercise to get someone you know who is slightly less experienced, to play the game first and give their viewpoint. So with a combination of the summer holidays and the arrival of Zuuli through the front door, it made perfect sense to hand it over to two of my children to see how they would fair. 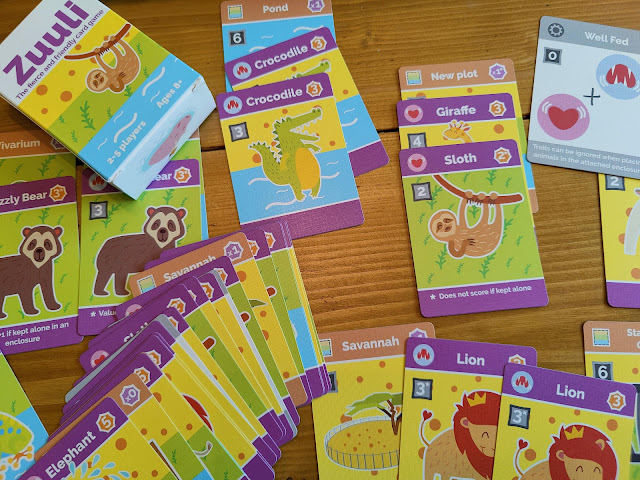 In Zuuli, you're charged with making sure that the animals in your care are all placed within suitable habitats and that animals who can't be housed together are kept separated in order to avoid unexpected early meal times. In each round you'll be dealt a number of cards that will slowly decrease over the three rounds. You'll take a card from those dealt to you to add to your hand and then pass the remaining cards on to your opponents in a round robin. Once everyone has a new hand, the card they picked that time is revealed and then added to the tableau in front of each player. You'll need to be careful to make sure that the card you select can be used, as animals that can't be played by the end of that year will count towards a negative score for you for that year. However you're free to play around with the entire setup during each development phase to maximise the animal placement and scoring. At the end of three years the player with the highest score is the most successful zookeeper. 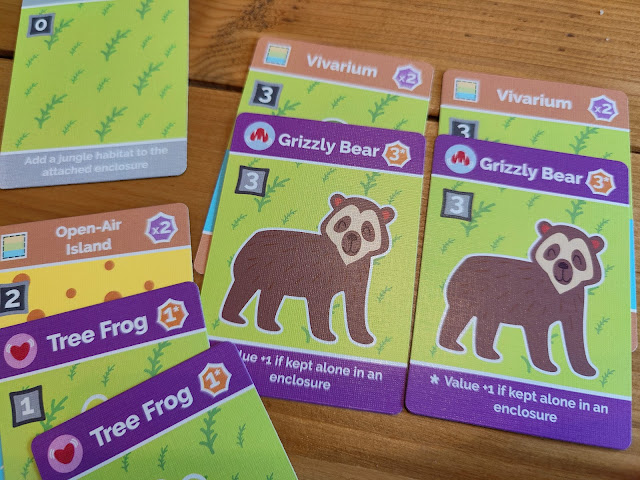 For such a simplistic game there is a lot to consider when you are playing. Animals can only go into set environments and fierce animals can't share an enclosure with placid animals. Some animals score higher when they are placed alone while others will really rocket your score if they are placed together, like lions. Each of the enclosures will potentially offer a multiplication bonus based on the number of animals included. Some of the cards on offer will expand the enclosures you have to include either extra spaces or additional types of environment. What starts off a what seems to be set collection and colour matching can quickly turn into a game of deep thought, as players sit and try to decide how best to maximise the hand they have be left with. The cards in play are all in the public domain, so sometimes you'll take a card just to stop another player from maximising their score which may leave you that you'll end up scrabbling around to avoid taking the negative points penalty. 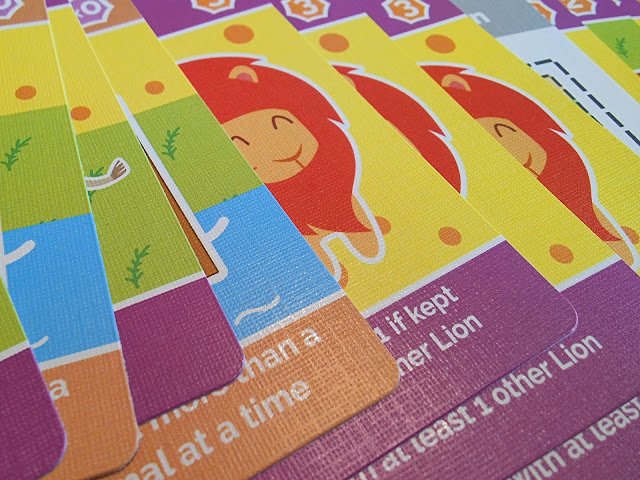 This form of drafting really works for Zuuli and it meant that even though there were vastly different ages playing the game, no one really had to dial things down a notch for the younger players. The iconography and colour schemes in place made total sense to everyone playing and so as a game it works really well for the younger players in the house. Let's talk about that colour scheme though. Zuuli looks wonderful, with charming animal illustrations and a vibrant colour scheme that is both eye catching but not so busy as to confuse the messages on the cards. The language is straight forward and it doesn't take long to understand the requirements for both the enclosure and the animals requirements. 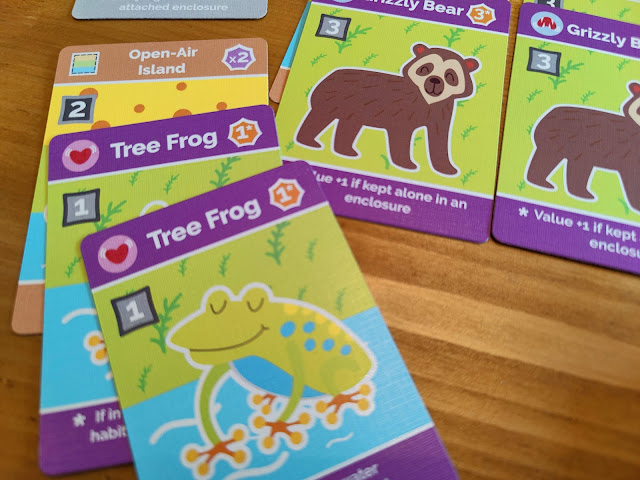 Zuuli has rarely left the table of the last couple of weeks over the summer holidays because of its simple set up and take down, tied together with a deep strategy that intrigues and a table presence that delights in terms of the art on offer and the wonderful presentation. Pleasantly surprised by this one.
2 - 5 Players
Ages 7+
Zuuli is coming to Kickstarter and you can find out more information through
https://unfringed.co/zuuli/
https://www.kickstarter.com/projects/unfringed/zuuli
If you would like to support more written pieces on the blog then please consider backing us on Patreon. www.patreon.com/werenotwizards
Set collection Unfringed Zuuli