on July 15, 2021
This review is based on the final retail version of the game provided to us by the designer and publisher. We were not paid for this review. We give a general overview of the gameplay and so not all of the mechanical aspects of the game may be mentioned. 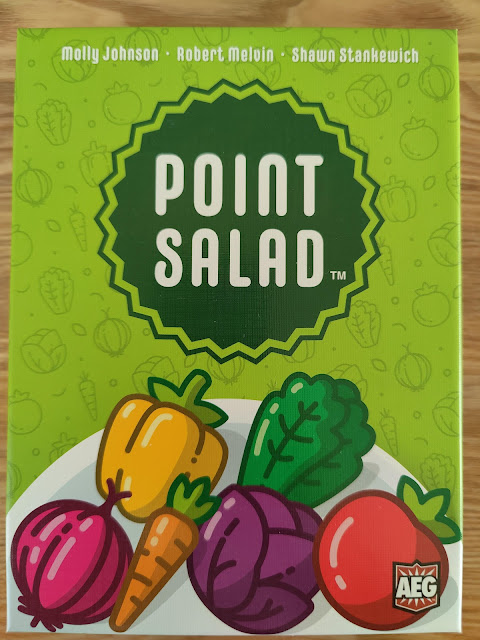 I've been hearing about Point Salad for some time, which is mainly down to the prolific streaming shows from AEG over the last year. When faced with the loss of the face to face plays offered through game nights and conferences AEG took to Twitch with gusto and started to show off many games from its back catalogue. As streaming grew more popular, I saw others play together, and Point Salad came up again and again as something that encouraged conversation but wasn't too heavy on the admin that the players would become lost in the rounds themselves and forget the audience around them. 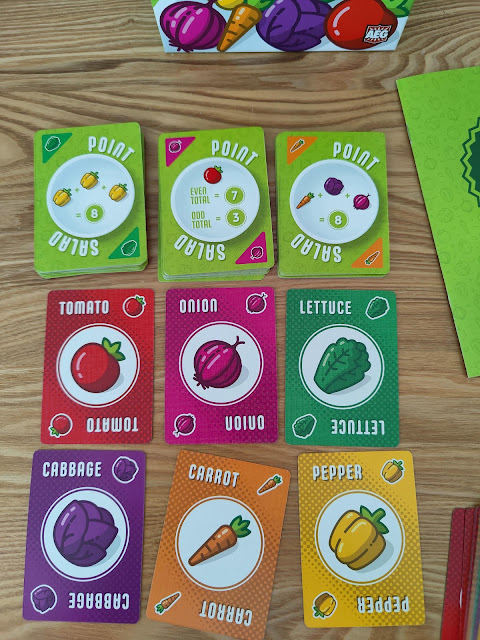 From the off, you can see why it would be billed as a crowd pleaser. It's bright and it creates a joy presence on the table, with garish colours for each of the salad vegetables you encounter. You're encouraged to spread your cards across the table as you create your own tableau of point scoring opportunities and by the end of the game it's not uncommon to see various rainbows resplendent in front of you. All packed with various vitamins and ruffage to help keep you regular. You'll need something to make up for the thin-on-the-ground rulebook. That isn't me saying the rulebook doesn't explain itself. It does, its just there isn't a lot to explain which means as a source of fibre, it's pretty sub par. 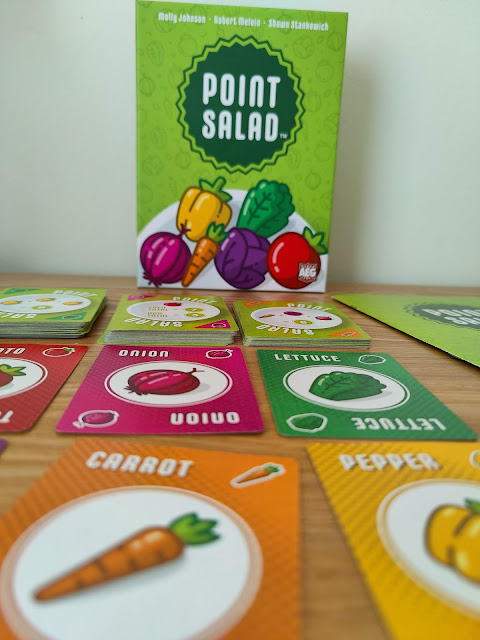 Point Salad is all about creating scoring opportunities. You'll either be drawing a scoring card on your turn or you'll draw two vegetables in order to use alongside your scoring card. The scoring cards will award you for different sets and combinations you have or force you to not collect some cards on the threat of gaining negative points at the end of the game. If the mood takes you, then you can also flip a card from it's scoring side onto it's vegetable side in your own tableau. You have to keep a balance on drawing from the available cards while keeping an eye on what your opponents are doing so you can scupper their plans to run away with the lead. Sometimes you'll spend just as much time figuring out what the potential totals are on the others players cards than you are your own, and with more players it can become a huge stare fest, with people constantly looking around the table. 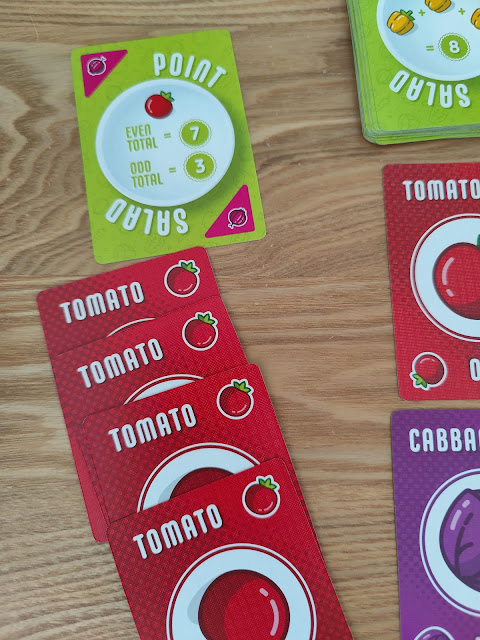 There's not a lot of depth to Point Salad which means that you're more likely to play multiple games in a sitting. You have the choice then to count up who won the most rounds, or in a slight twist count up the total points gained across all of the rounds. This gives the chance for people who start weakly to catch up and settle into how the game flows. Point Salad doesn't offer huge levels of interaction between players. Yes, you are all drafting from the same area in order to build your tableau. There's no real way to stop a run away winner apart from taking the cards that they need to continue their domination, but that is then at the detriment of you being able to build on your own Point Salad. 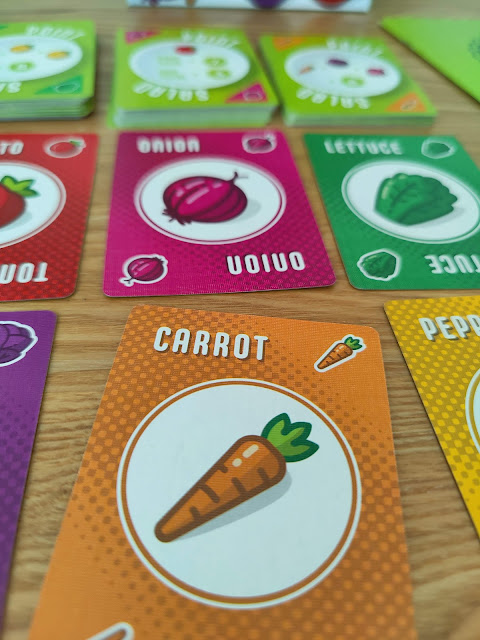 It's not a game to sit in silence and play. Ironically, it's like a plain salad itself in that you need the playful challenging chat across the table to garnish it. You need the 'bragging' croutons, 'loud triumphant' dressing and the slices of 'self congratulating' meats in order to make Point Salad really sing. Without those additions Point Salad moves down from being something great, to something just good, but maybe lacking a bit in the flavour department. It's simplicity is a definite positive in the game, but I wonder if it needed a bit of vinegar dressing to really just add in a small take that element to make it really shine. Point Salad is a delightfully playful looking game that will give the summer salad days a real point for collecting your greens.

You can find out more about the game by going to https://www.alderac.com/point-salad-2/