on May 18, 2021
This review is based on the final retail version of the game provided to us by the designer and publisher. We were not paid for this review. We give a general overview of the gameplay and so not all of the mechanical aspects of the game may be mentioned. 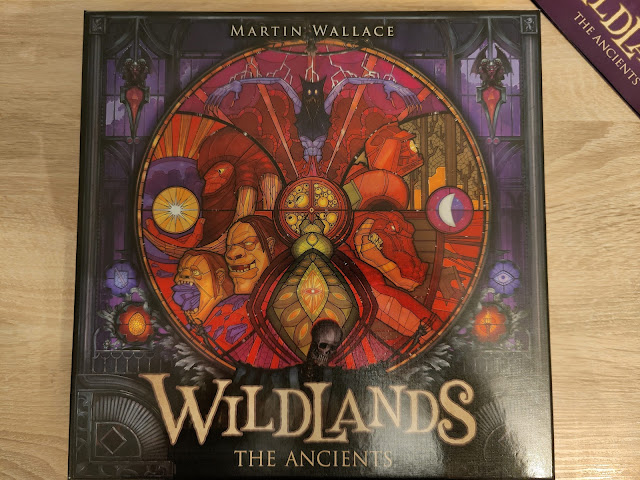 I have a recipe for a Jalfrezi dish that I make, using pork belly and various vegetables. I cheat with the sauce, as I've never got the entire knack of mixing the correct level of spices and tomatoes in order to make something worthy. It usually ends up tasting like weak ketchup, or has the the power to clean the chrome from a kitchen appliance. I know my limitations and I also know my limits and so I don't bother trying to emulate something I can pour from a jar that is going to help me on my way. I've experimented in adding asparagus and mini corn for texture, but I generally like to stick with sweet peppers, spring onions and finely diced mushrooms. I'll fry the ingredients to prepare them and then stick everything in the oven including the rice. I've given the occasional leeway to a poppadum, but I've found I ended up far too full and stuffed to really enjoy the whole experience. Overall I've learned that sometimes restraint is important in order to get the right ingredients, in order not to spoil the taste with unnecessary seasoning. 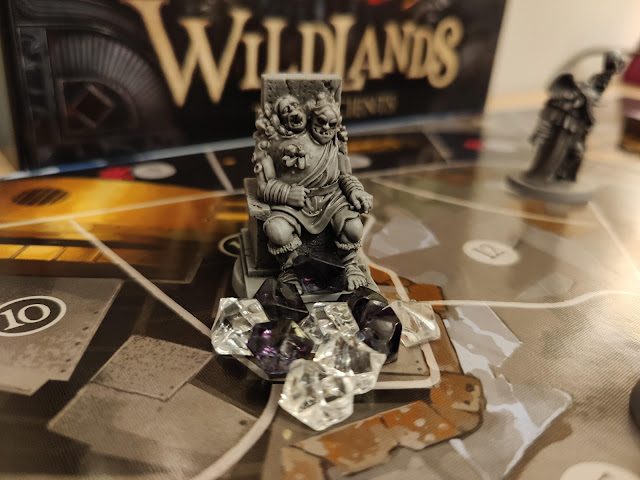 Wildlands from Osprey Games continues to be a staple game for me, a comfort food of cardboard that captured me like a crystal when I first played it, and has continued through expansions and map packs to be something that is going to remain in my collection for some time. The gameplay is extremely easy to pick up and play, the elegance of the card action system from Martin Wallace has always been impressive to me, and has done a good job of souring other skirmish games with their plethora of rules, measurements and imbalances. While I've taken trips to GodTear and ShadeSpire, I've always slipped back under the Wildlands duvet once I got back home again, because I feel it gets me as much as I understood it. Sometimes you need a game that isn't going to surprise you for the sake of surprises. 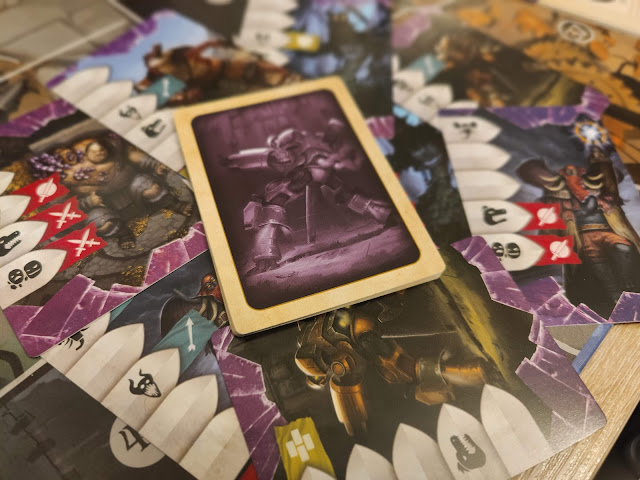 Expansions to the base set were added to the collection like they were meant to have been there all along. The Adventuring Party and The Unquiet Dead, with each of their gameplay additions that just gave that little bit of extra without spoiling the sauce. The map packs went further and even changed up the game play with mansions and crystal caves and mazes full of poison thorns. Now we have Wildlands The Ancients. I'll admit, I had my reservations when I picked up the rather sizeable rulebook, which is a difference from the slim and lean pamphlet from the base game. Next you're unpacking gameplay sheets with what appears to be scenarios and sub rulesets and my stomach makes a slight gurgling sound unsure if it's something that is going to be easy to digest. There's tokens here and more card decks and tokens containing minions. Did I mention they were some tokens as well? There were only crystals and cards before. 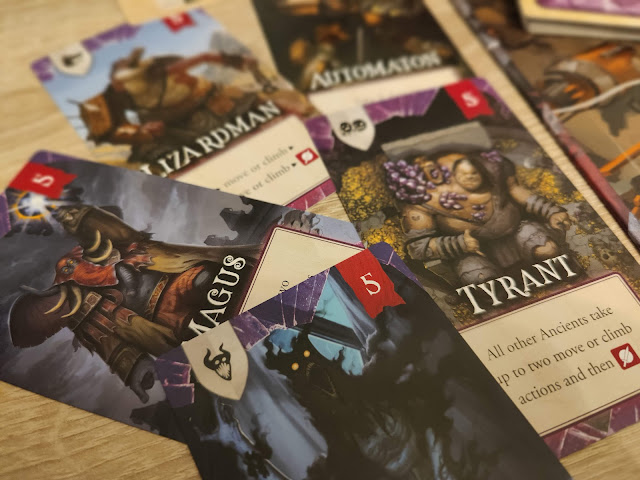 Another clear bag contains snap on circular bases. All of a sudden I'm feeling nervous, and I'm wondering if they've let someone at the vegetable rack and they're chopping up parsnips and carrots while cackling manically to me as they drop a pile of raisins into the cooking sauce. It turns out Martin isn't doing the cooking here, but left it to two other cooks, Anthony Howgego and Filip Falk Hartelius. And I can't even see the recipe book they are referring to. 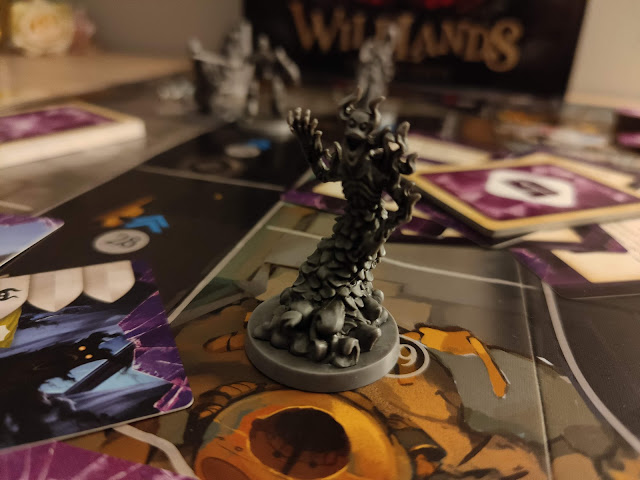 Luckily, this isn't one huge additional bunch of ingredients to thicken things out. Wildlands The Ancients is more like an additional buffet of tasty choices that come in to compliment the main meal. It's almost like someone sat Martin Wallace down and offered him the chance to do a Snyder cut of Wildlands and he was only happy to do it, providing he was allowed to bring his friends in to help him. So in comes some serious big hitters in the form of The Ancients, a collection of powerful behemoths from another age that bring in their own crystals, but along side that you get the chance to face off with them in the much needed solo and co-operative mode. Something I always thought should have been added in well before the inclusion of other factions and map packs. I'm very happy to see it finally being included here. As what's not to love about being able to dive into Wildlands when you can't gather your group to play with you? 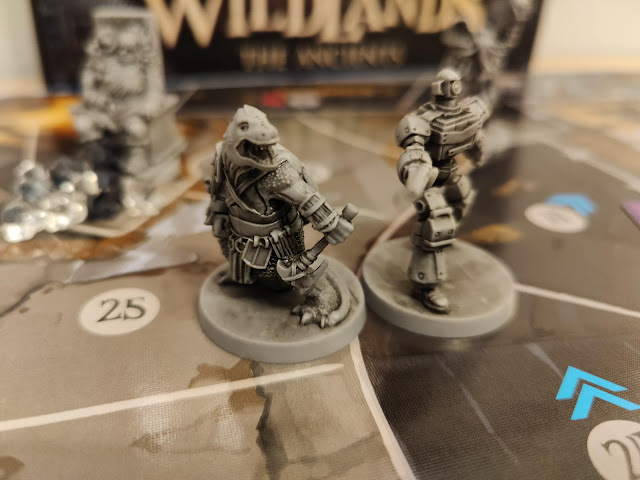 The Ancients, like the other sculpts in the Wildlands family, look amazing, Bobby Jackson has excelled themselves in the differences and the qualities of each of the Ancients. I'm a big fan of The Automaton and The Lizardman and I'm even tempted to show them some extra love with a splash of paint. (Yeah, I'm that serious) They really look the part and imposing when out on the table. It's almost as if Bobby's brief was a simply sentence that simply said "You do You" and they have. 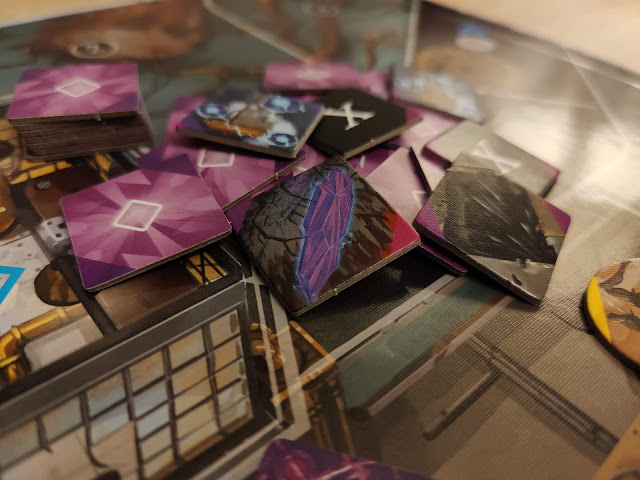 Alongside the main event, you've got the chance to play as The Ancients as their own faction with a much harder win condition that you have to knock out all five opponents to win, but much stronger powers. It increases the chances that everyone will gang up on you during a game, but there is scope to completely dominate the rest of the board if you play your hand correctly, and it brings in additional variety to the factions on offer. There's also the option to bring in up to six players to the board for a super huge massive really big game. For obvious pandemic related reasons, that's not something that I've had the chance to, but I'm hopeful with the current relaxing of restrictions, that won't be too far away. 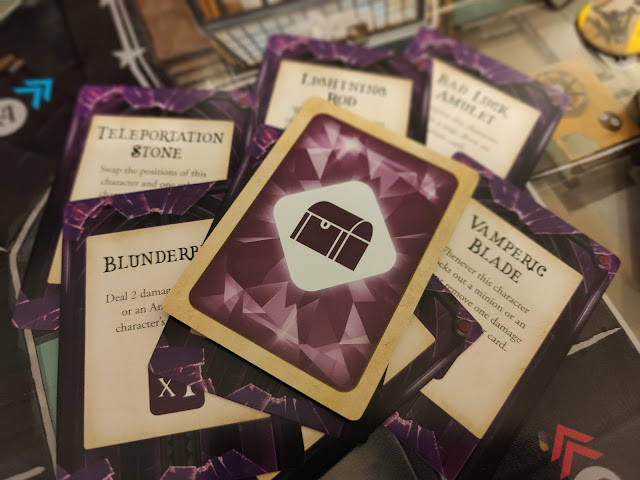 If that wasn't enough, then included with the game are two additional maps, The Abyssal Lake which adds in the dangers of thin ice and slippery surfaces to add additional gameplay elements. The Lost Factory introduces conveyor belts, which activate when a player claims a crystal or knock out another character and will move items across the map. Both maps add some additional freshness to the original game and will increase the overall longevity. Wildlands has always excelled in its themes by not tying itself down to any kind of theme. The mish mash of areas and characters has always been something that has appealed to me, and so while maps can be completely different and have no common ground, it fits well into the what Wildlands is offering. 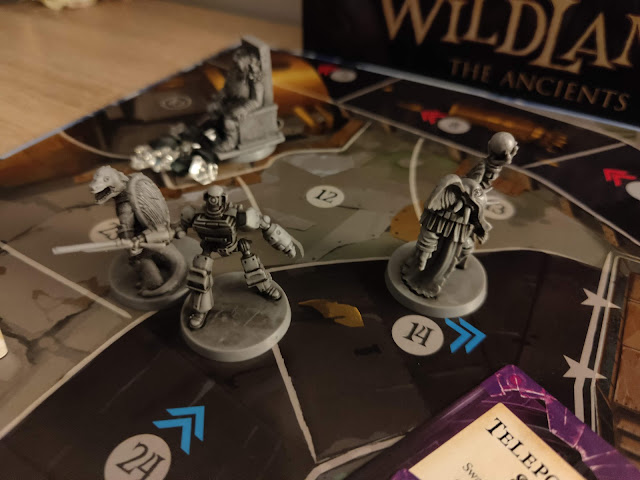 This is what Wildlands The Ancients is all about, a chance to continue to add and grow to a series that offers an extremely solid gameplay experience as it is. This isn't extra for extra's sake, it's tidying up and offering alternatives to what is already there. It's like someone taking your favourite comfort food and adding just that special little something, that sprinkle of garlic salt or brown sugar that you didn't think you needed. For those of you who already have been sold on what Osprey offer so far, you're probably just reading this nodding along as you gaze up at your own copy of The Ancients on the shelf. For those who after all this time have been shying away from diving in to crystal collecting skirmish, then I can only reiterate that Wildlands continues to be an extremely accessible, cleverly elegant and wonderful looking minis game, and I can only hope you pick up the base game in due course so in the future you too get to sample this extremely tasty dish from the Osprey menu. 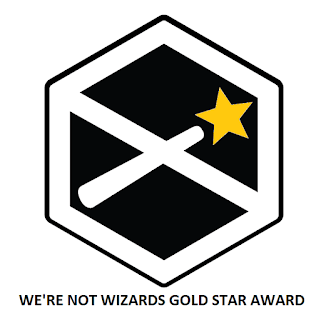 Game Development : Anthony Howgego, Filip Falk Hartelius
Graphic Design : James Hunter
You can find out more about the game here
You can read our thoughts about the previous Wildlands game and expansions here