This review is based on the final retail version of the game provided to us by the designer and publisher. We were not paid for this review. We give a general overview of the gameplay so not all mechanical aspects may be mentioned. 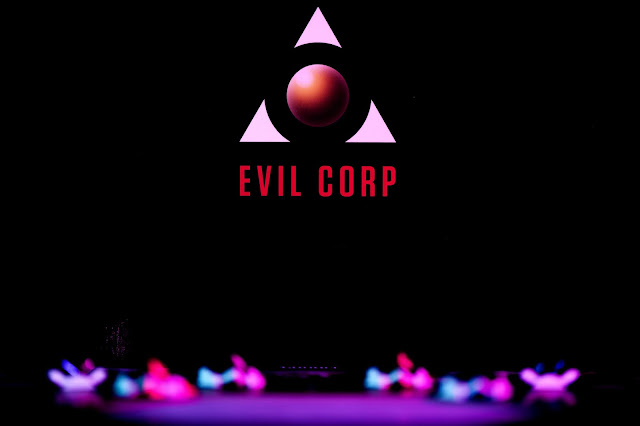 Billionaires are a stain on society, the epitome of legal theft on a grand scale. Show me a billionaire and I can show you a parasite that hoovers up all the resources that surround it and contributes virtually nothing back to society. A parasite refusing to pay for the local infrastructure they use, refusing to pay decent wages and treat their employees like actual human beings. They set up charities to show how lovely they really are long after the damage has been done. If I met a billionaire in the flesh, it would be to ask them why they kept on hitting themselves. The act of being able to change the world in a minute and refuse because of an irrational greed to gather zeros, is the highest level a sociopath could hope to achieve. (Smiley face, wink wink, only joking)

So then there is Evil Corp from the Newbie Games Company where you play the role of a billionaire who has the ability to save the world from itself and plans to do it. In their own horrific way. In their own self indulgent, Oh look at how flipping amazing while I wipe out the planet kind of a way.  I'm only excited by this because it's potentially about costing them money while you play. I'm literally wondering how I got to this point were I'm just this much of a grump all the time.. 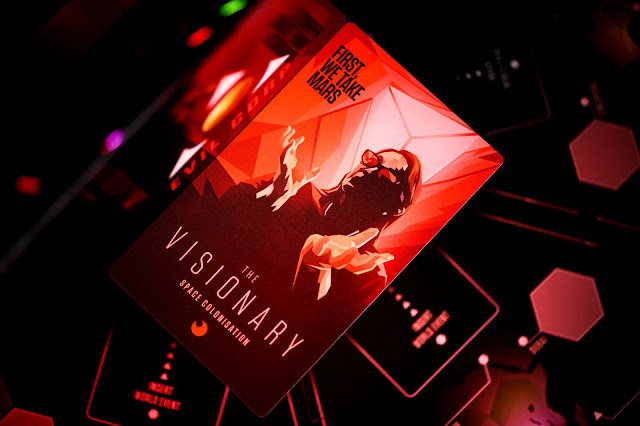 At its core, Evil Corp is a card collection, competitive game where you are trying to collect three cards of your colour on order to allow you to trigger your final Endgame plan. You'll be playing cards to either build business in cities or take actions to make life difficult for your opponents by using nasty business cards. Every round, you'll be collecting revenue from the cities you have businesses in, though you'll have to take into account world events that will either increase the revenue you collect or cause you to have to pay out due to a global disaster. As you build towards your Endgame event you'll increase your hand size, which is needed as you'll want to be collecting valuable Agent cards, the only way to prevent your competition from completing their endeavour.

Evil Corp is swish and smart looking, like a PR presentation after an embarrassing "Oh look, we were accidentally making face masks out of puppies". The design on Evil Corp is impressive, from the simple but incredibly strong art work, to the table presence once the game is set up. The hexagonal board design is minimalistic, and while you could question the lump of plastic in the centre of the table that holds the cards and the billions of dollars, it serves a decent practical purpose for holding the world event cards in place and overall does well to maintain the aesthetic. The miniature layers of lairs are a smart touch to give you a physical manifestation of the progress in the game. So at anytime you can see how close your opponents are to potential victory. 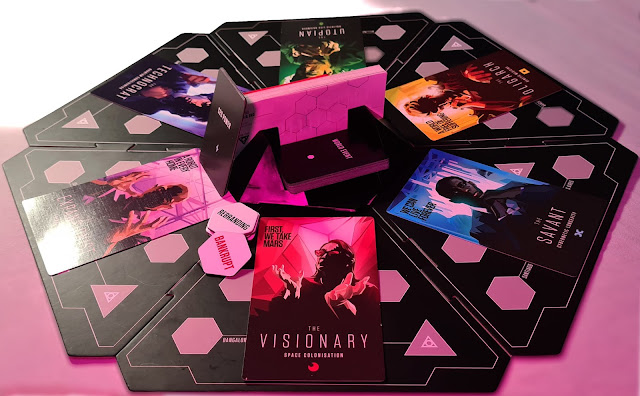 Its not a tricky game to learn by any means. Yes the income collection at the beginning can be tricky to get to grips with, which can sometimes result in an intentional 'Audit' from the other players, however Newbie Games has seen fit to include a cheat sheet to help you with all the main parts of the game. I think what surprised me about Evil Corp is that I was expecting there to be a little bit more complication and potential depth to the game considering the setting. There's a lot of take that stuff going on, and players will be easily cursing each other once the Nasty Business cards are flowing back and forward. You could jokingly argue that I was taken in by the corporate talk, and based on the look of Evil Corp I was expecting more.

In my opinion, what you have here is almost like a take on Monopoly, gathering money, making things difficult for others, purchasing property and ultimately aiming to build yourself a nice volcano type base on top of it all. Some of you are going to read that like I've just tried to lay an insult at the foot of Newbie Games, but the truth is what you have here is a very slick, well put together game, where the components are of an excellent quality, and there been some really good design decisions made to give Evil Corp an overall polished finish. It's closer to light to medium weight in terms of complexity, and if you go in with that expectation, then I don't think you'll be disappointed with the experience you have. Unlike billionaires.

You can find out more about Evil Corp by visiting https://www.evilcorpgame.com/