This review is based on the final retail version of Alice in Worldland. We were provided a copy of this game from Tradequest who are distributing the game. We were not paid for this review. 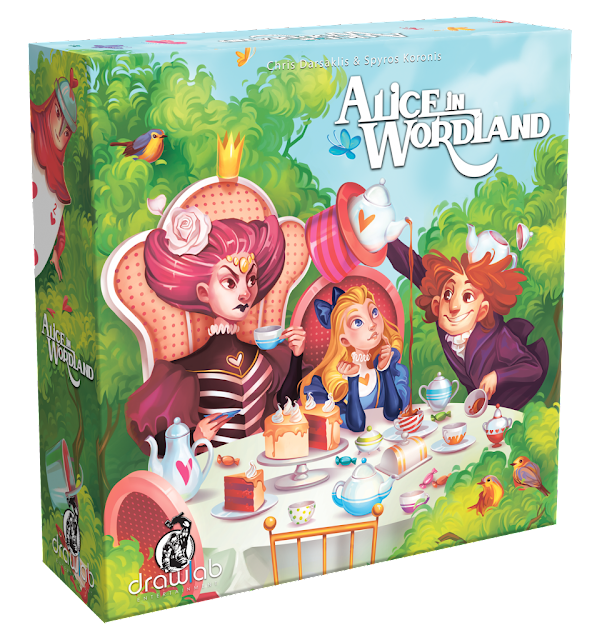 Your worst nightmare. The unwelcome and unwanted invitation that sits on top of a rose bush, speckled with traces of scarlet from the still slightly drying red roses that are actually definitely not white. You reach into you pocket for the pocket watch you try to keep on hand at all times. Because you never want to be the one who is late. No, people who are late here often end up with shorter sized necks than what they were born with on account of having their heads offed from their shoulders. Such is the delight of entertainment when she demands it, and she demands it so often that you often wish you were the dormouse, fast asleep at the table while the madness goes on around you.

Yet no amount of thinking is going to to make that invitation disappear like a Cheshire cat, for this time the Queen of Hearts has declared that you are invited to have the largest amount of fun ever. Just like last week, when the largest amount of fun ever was to run around the garden pretending to be Jabberwockys, until she got bored and decided to take it out on loyal subjects again. Heads did roll that day, even on a pack of cards. 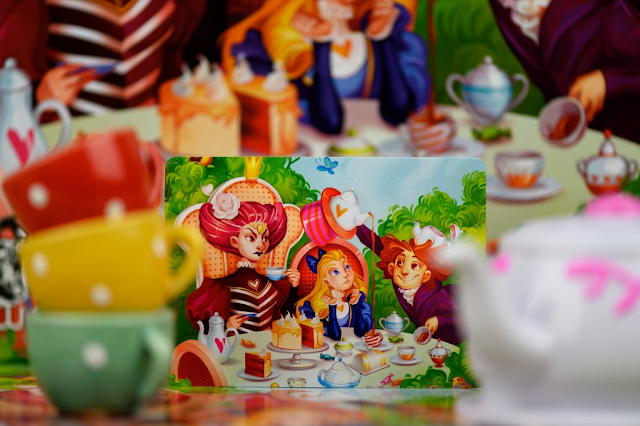 No, this time, her Royal Highness has declared that large amounts of fun will be about words, or more specifically letters, and what letters you'll not be able to say. This is her to a tea, or more like her to a tea party, and to make it extra special we all have to come up with words based on a topic of her choosing. The invitation continues to say that to mix things up, we'll all be pretending to be everyone else, and that being other people will give us different abilities, which will all be explained on the individual character cards that we have at the table. Then the impatience of the Queen creeps in, as it looks like this is going to be a timed event, with the dormouse in the tea pot shouting at us when we have run out of time. But enough of that, you've been reading instead of getting ready, and now you're late, oh so very late, oh your paws and whiskers! 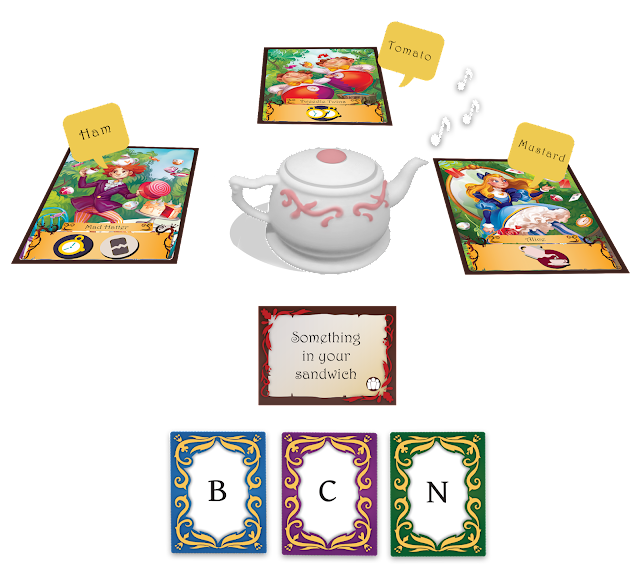 It's almost dark when you get back home, and you still have your head, so I guess you can call that a crowning success, even though by the end of the day there was a danger there wasn't going to enough heads for any crowns. The queen called out topics every round, and then players took it in turns to say a word, but had to make sure they didn't say any words with the forbidden letters, which the queen endlessly cackled about until it came down her turn and she kept making mistakes, blaming the Knave of Hearts and grumbling about tarts again. New letters were chosen every round, though sometimes extra letters were drawn to add to the confusion, and often the silliest mistakes were made when players ended up saying the word that started with one of the forbidden letters. Those who got it wrong had to sit out until everyone made a mistake and the winner ended up rewarded with the most teacups for that round. (An idea from the Mad Hatter, who thought you could do no worse than cups) 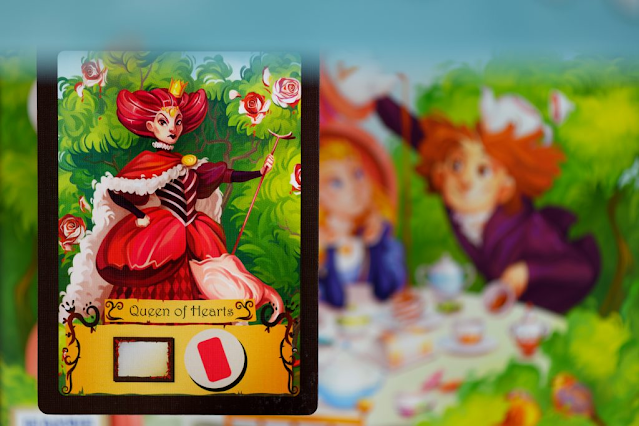 Everyone then sat back, got a chance to play as someone else, and the game continued. The Tweedle Twins doubled everything so you could reset your time and increase it, while the Two of Hearts made everyone else play again. The Caterpillar allowed you to take a bonus based on how one other player did while that strange new girl Alice gave herself bonus points. The Queen of course screamed when she won and shouted when she didn't. You felt sorry for the Dormouse who spent so much time being dipped in and out the teapot to record the time, that they were pretty much stewed by the end of the day. Everyone went away feeling like they had swapped heads, regardless of whether or not the Axe had been swinging.

Back at home, you sit back in your chair, trying to remember the rules, because unlike hitting hedgehogs under flamingos, this seems like a game that maybe everyone would actually want to play. As long as they were good at their spelling, but there were ways of changing things to make it work for even the youngest kitten. So with a bit of help and guidance, and as long as the Queen kept away, Alice in Wordland was something that got little minds thinking as they played. The characters matched the special powers, and the teapot that kept the time well, and in general, though there were a lack of jam tarts, there were smiles round the table.

You can find out more about the game by going to https://www.drawlab.com/games/alice-in-wordland/

Alice in Wordland board game review board games drawlab entertainment