on August 16, 2020
We played this version using Tabletop Simulator on Steam, so the art, rules and mechanics may be subject to change over the next couple of months. Therefore please treat this as a first thoughts piece, based on version of the game that we play with. We played the session with the designers of the game. We have not been paid for the preview. We also do not provide a full play by play explanation of the game, so not all mechanics may be mentioned in the preview. 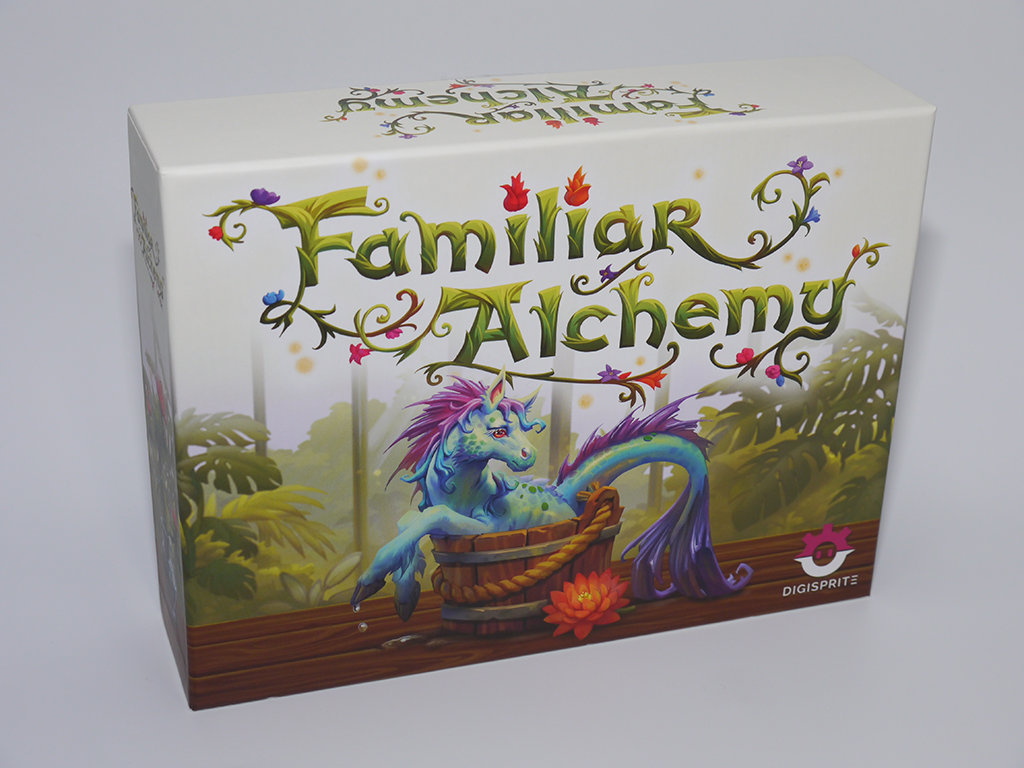 There's a certain awkward silence for the third time in a row, as I manage place the table in such an awkward position that all I can see it the close up of one of the Familiar cards right in front of me, like right up in it's face, so I can only see the lines of of the illustration, staring at me. Robyn asks if I'm stuck, or not sure what to do, and so I finally confess that I've forgotten about moving the board around using the WASD keys. It's one of those moments where I hate technology and would have given anything to be playing with a deck of cards, instead of the pixels that I'm trying and failing to control. It's a worthwhile perseverance however as I eventually get to the point where I give the impression that I'm competent. Like most things, its just a cunning disguise, and I'm just waiting to be found out.
DigiSprite have had an interesting couple of years. With their first game Doomsday Bots being funded successfully through Kickstarter, their second game Adventure Mart having to cancel their Kickstarter campaign after the game was signed by Hub Games, they are back to the table with their latest offering based around Scottish folklore, Familiar Alchemy. 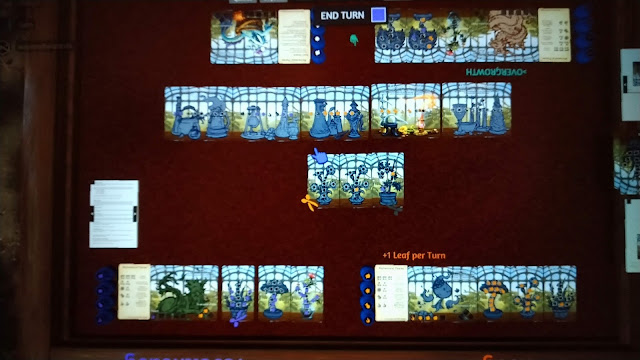 In Familiar Alchemy, you are trying to create several communal brews in which the players contribute to, and use the special powers that your particular Familiar offers. All to please Botanist Biera and hopefully become their apprentice at their Highland Glasshouse. You need to play with a combination of careful plant and resource management, harvesting parts of either the community plants in the centre of the table, or your own garden in order to either use the parts in Transmutations that grant additional powers, or add directly to the communal brew itself. Each of the parts of the plants has a certain rarity, so leaves are abundant and common, flowers and fruit less so, finally to the rare exotics, that have benefit of offering some of the more powerful effects when used as part of a transmutation. 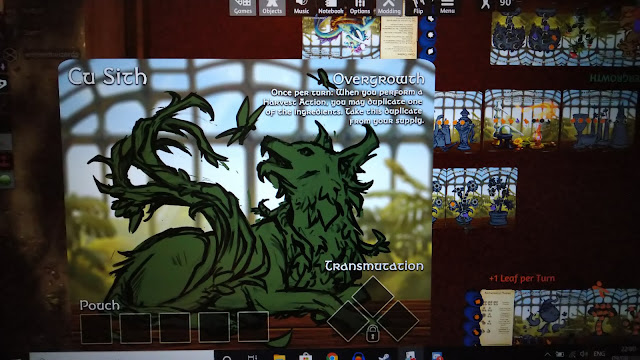 As you place your harvested plants in the brews in specific slots, each has its own addition to your overall score and you'll be rewarded for the amount you contribute to the brew in the final calculation.
If you want to be cheeky, then you can swap an opponents contribution with yours, or even swap one of your plants from your garden with the communal central garden, thus maybe granting you more points at the end for having completed plants. There is always a lot to think about. 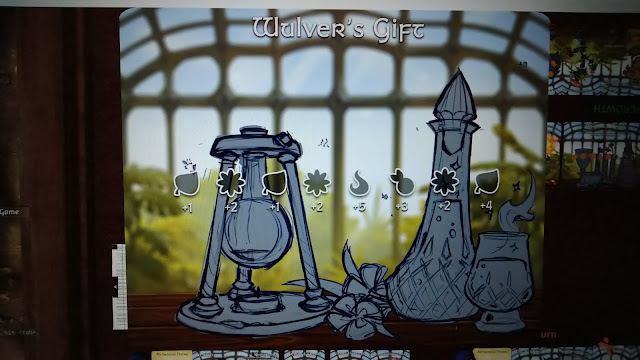 As the game progresses and brews are completed, then more advanced brews will be unlocked which have game changing effects for the table. This adds additional challenges to the game as well as an occasional change in required strategy. You've always got a reasonable amount of choice in your actions, but your decision is to maximise what you can do, and this can sometimes be a case of trial and error as your find your feet. Familiarity with your powers is a definite must, and I can see the range of options could potentially be overwhelming for those playing the game for the first couple of times.
Sometimes you'll secretly grin to yourself as you've triggered something rewarding after planning two rounds back. Other times you'll silently curse as that innocent central plant in the community area is swapped out into an opponents garden, knowing they've just guaranteed themselves a bunch of points at the end. There's so much to do here, and maybe that means new players may struggle without some guidance.
While the artwork is far from finished, DigiSprite is using the same artist from Adventure Mart, Moniek Schilder, and the examples I've seen so far fit extremely well into the theme, colourful, gentle and very organic. I look forward to seeing the final finished pieces in the game.
After the technological struggles and my butter fingers, the final game took around ninety minutes to play all in all, bearing in mind my complete incompetence, ability to turn the table upside down, managed not to connect to the Steam invite, mess up the Discord chat. You name it, I pretty much managed it. However, I walked away being engaged enough to see what happens with Familiar Alchemy next, as I was quietly impressed with what I saw. What I got the chance to play online displayed a definite growth in the maturity of DigiSprite as a designer and the level of complexity they are starting to aim for in their games. Familiar Alchemy brings a level of depth and strategy with multiple options on how to play and plan, and while the options might be potentially overwhelming to new players, I think you should give it a chance to grow on you.

Publisher - DigiSprite
Designer - DigiSprite
Artist - Moniek Schilder
Age 10 +
Players - 2 to 4
Plays in 30 to 60 minutes
You can find out more about the game by visiting https://digisprite.co.uk/familiar-alchemy/

If you would like to support more written pieces on the blog then please consider backing us on Patreon. www.patreon.com/werenotwizards
Adventure Mart DigiSprite Familiar Alchemy