Of Knights and Ninjas Preview 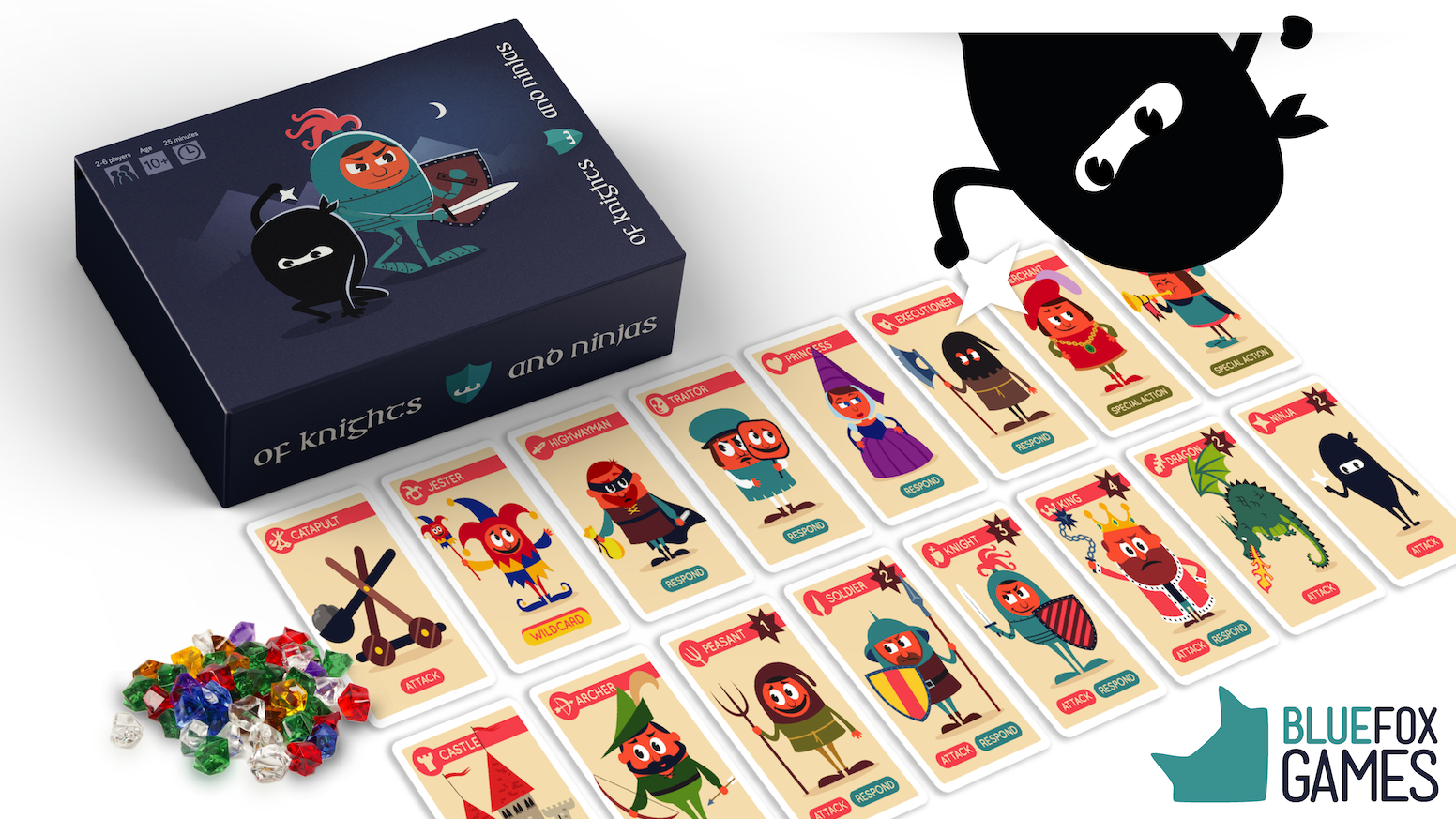 Of Knights and Ninjas from Blue Fox Games is a streamlined simple card battle game based around the simple premise that you are defending your kingdom from the miscreants and fools that live in the kingdom over the other side of the table. Or potentially three other fools if you want a four player game. The idea is that you will use cards in you hand in order to either attack your opponents, or fortify your own kingdom or even break out some special cards in order steal jewels from the other teams.
The first to make it to ten will secure victory and be able to claim bragging rights until the next game takes places. The losers have to take a long swim in the moat and have a good think about what they've done, which considering the length of the game, shouldn't be much longer than about 30 to 45 minutes, so in fairness everyone should be happy. 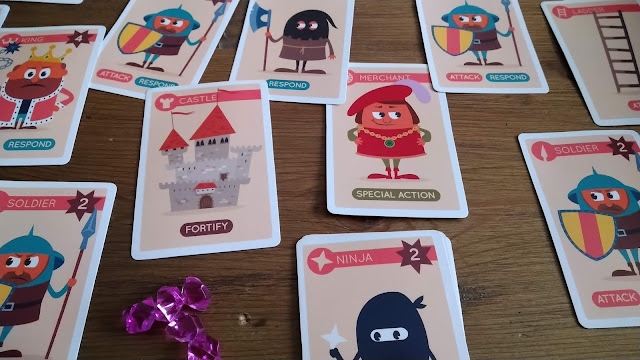 Of Knights and Ninjas is interesting that it manages to be extremely simple and yet relatively complicated all at once. It's like the cat in the box, except you're trying to remember what kind of cat you put in the box in the first place and there is a chance that it could be completely different from what you thought it was. Sometimes it might turn out to be a duck, and then you have to run, or maybe even quack, and it's all because for a very small deck of cards, there are an abundance of options that can be presented to you that result in the first couple of games being a bit of a rule checking situation.
The rules are simple. Play a card. Decide if that card is going to help you Attack (steal gems) Fortify (stop other people from stealing your gems) or Special Action (be everything from a ladder to a ninja). Then simply carry out the result of the card unless someone has a different card they can play. Rinse and repeat that until someone has managed to win. So you could play a Castle to fortify your kingdom, but then you opponent might have a catapult that they could play that will destroy the castle you have played before they attack which will destroy the castle and an archer but not destroy an archer if it isn't paired with a castle Or, you might decide to use your princess in order to stop a dragon from attacking or a knight and have them fight for your side instead for the next round but in your bravado you fall foul to the fact the Executioner is going to just obliterate anything you throw are your rivals kingdom, except for the ladder that for some reason they are unable to touch. Meanwhile, you think you got smart when you played the king to steal four gems right up to the point where the enemy plays a highwayman and steals you loot from under your nose. Yes, all the above appear as characters in the game and all have their own little nuances and rock paper scissors mechanics in order to expand the various strategies on offer. 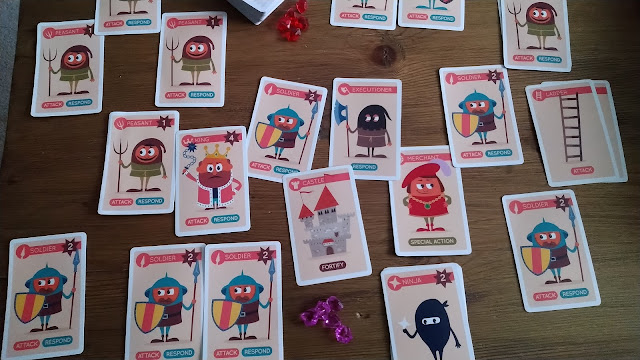 It doesn't always help that Blue Fox Games have tried to keep the art as simplified as possible and minimised the amount of text on each of the cards to a main couple of key words to remind the players of the actions that they can play. That's understandable because there is something incredibly charming about the art on each of the cards, where they have avoided brash primary colours and opted for softer secondary and tertiary colours instead, with slightly muted shades on offer. It gives the game a delightful presence on the table that also doesn't need a huge amount of space to play, even when you are playing a full four player game.
The benefit of having such a large roster of characters on offer is that it offers a larger scope of replay
ability, and over a longer period, your start to pair up where the characters can offset each other as you learn each of the abilities. It's a game that would certainly benefit from a crib sheet or even a set of printed cards to act as a reminder on how the different units work as the need to either rule refresh or learn what everything does might put some players off making the effort to learn and therefore benefit. 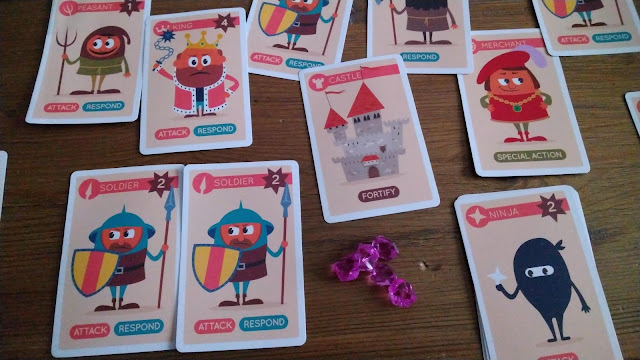 Of Knights and Ninjas is a solid smaller filler card game that has some interesting ideas when it comes to the take that genre. It's not tricky to learn the basics and with some patience and it certainly looks clean and cute when it's on the table. Absolutely delighted that Blue Fox Games decided not to include any Wizards. Game of the Year contender right here.
You can still pledge for a copy of the successfully funded game here
We were provided a preview copy Of Knights & Ninjas from Blue Fox Games.
We were not paid for this preview.
Blue Fox Games had not appeared on the podcast
If you would like to support more written pieces on the blog then please consider backing us on Patreon. www.patreon.com/werenotwizards
Blue Fox Games Of Knight And Ninjas