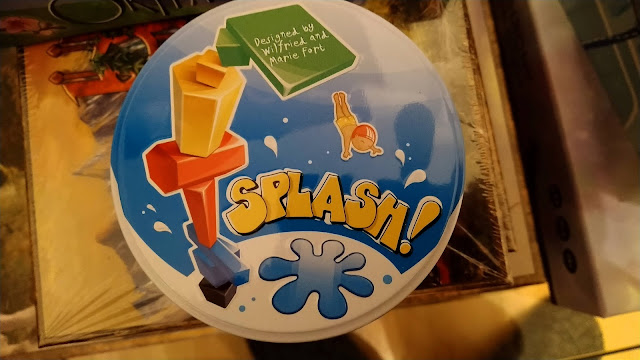 You never know what's in a tin,
Until you open it and begin,
to rummage through the compact contents,
and see if it makes any sense.
And all the time hoping what's contained,
is something that will be well explained.
A simple circular set of rules inside,
I hope they make sense, I can't abide
The ones that leave you second guessing,
as playing those games is most depressing. 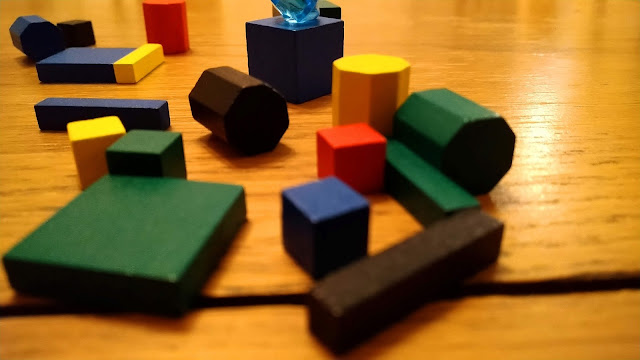 Let me tell you of the aim,
or how you win this simple game.
It's all about stacking blocks of different
shapes and sizes while you're meant
to try to make the other player, make
a mistake and topple down the Stake,
oh sorry I meant stack. 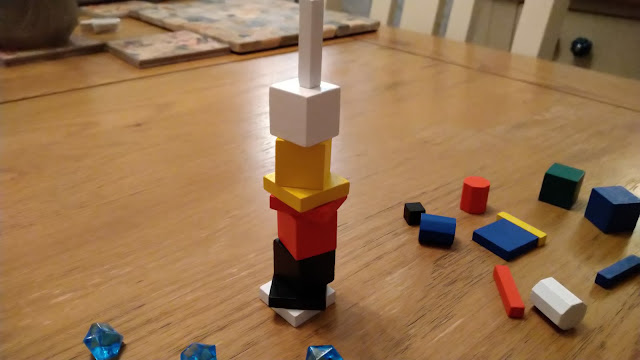 You see you aren't just all out attack.
See unlike games of a similar nature,
You get to chose the other's future,
of what block they get to play,
Without them having the slightest say.
So straight out the blocks you set your trap,
and try to leave them in a flap,
As they try to balance, and place and stack,
one more block upon the pack,
that's already leaning and starting to shudder,
then with glee they then chose another
wooden piece for you to add to,
the already shaking tower because you
thought you would be clever and
give them the long thin shape to hand (le)
And now it's you that's in trouble,
'cause there's no way that this one that's double
in size of the one that's there already,
could possible balance and stay steady. 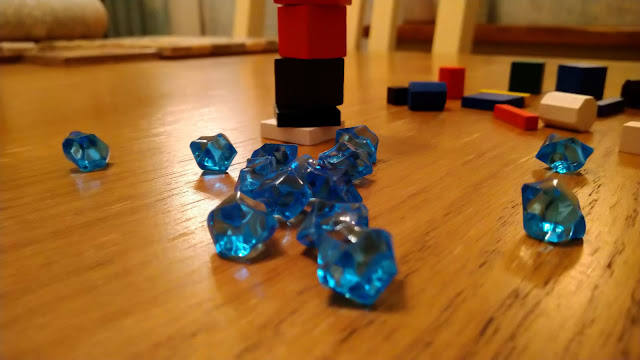 But determined you try, and with fingers
steady, just above the tower it lingers.
While your opponent grins and goads you grinning,
JUST PLACE IT ALREADY, YOU KNOW I'M WINNING.
And like a jewel thief on a heist,
the briefest moment you think, well, it might,
But like a slow motion moment in a movie,
The pieces move slightly, like they're woozy,
or sleepy or tipsy and ready to tip,
and off the top, your last piece slips,
and ends up on the table with a clatter,
and then the rest follow like it matters.
And across the table they grab a gem,
Which is bad for you, but good for them,
Because now they've got a total of three in their stash,
And that means they've won this game of Splash.

A copy of Splash was provided to us from Coiledspring Games www.coiledspring.co.uk
Splash was designed by Wilfried and Marie Fort
We were not paid for this Review
Coiledspring have not appeared on the podcast.

If you would like to support more written pieces on the blog then please consider backing us on Patreon. www.patreon.com/werenotwizards
Coiledspring Games Splash! Wilfried and Marie Fort