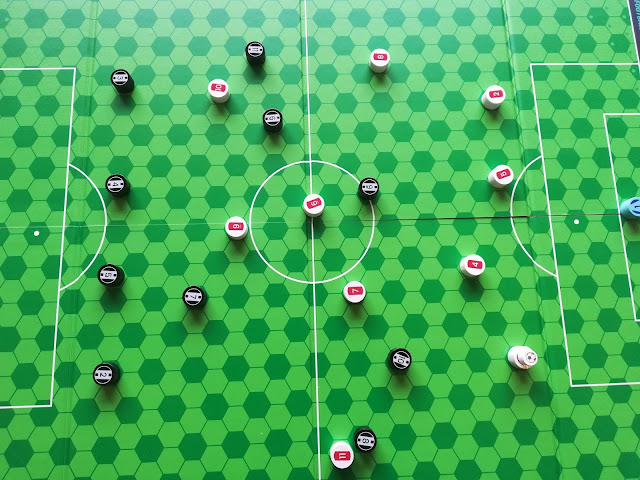 In the annals of football history, you'll find some of the greatest derbies of all-time. El Classico, the Milan derby, the Merseyside and Manchester derbies and the Old Firm game to name but a few. Now, the football scribes will have to enter a new entry into this prestigious list - the A9 Derby. Until now most notable for being the most tenuous derby ever concocted.

St Johnstone and Inverness Caledonian Thistle will care little for this. These teams came into yesterday's match with one singular goal - to win the oldest cup competition in world football. The only downside to the match at Hampden Park was that there had to be a loser. Between them, these sides had overcome not only both sides of the Old Firm, Celtic and Rangers, but also both sides of the Edinburgh divide, Hibernian and Heart of Midlothian. Alas, there had to be one winner and it was the men from Perth who won their second Scottish Cup after a very enjoyable final.

Things didn't exactly get off to a thrilling start however, with each side taking 15 minutes to find their feet after an edgy opening. There seemed to be some hesitancy to open up play witheach side approaching the opening period with some trepidation, much to the consternation of both managers and both sets of supporters. There was no rhythm to the play with each side continually losing possession or hitting hopeful long balls in behind the defence. It was all pretty turgid until a moment of brilliance resulted in the opening goal after 17 minutes, 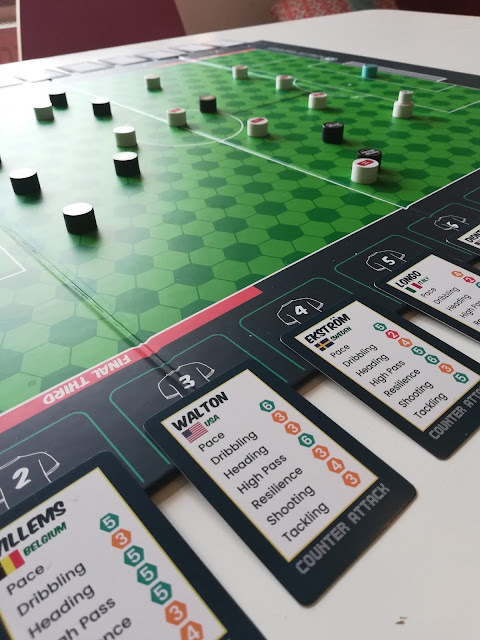 St Johnstone were beginning to find their feet in midfield, with the masterful Van De Kerkhof beginning to get a foot on the ball and start opening the game up. With their confidencen growing, the Dutchman burst into the final third, dancing around the American pair of Dionte and Walton. His international teammate and ICT captain Werdekker has seen how this story ends too many time to fall for his reverse pass and he mopped up the danger, taking the ball off the toe of Saints winger Delgado who'd managed to sneak in behind the full back Kalla. A cross field pass worthy of Ronald Koeman followed. Andersen danced around Ruiz and slipped in Fruin who made no mistake from the edge of the box leaving the stunned Saints 1-0 down.

Things didn't get much better. 5 minutes later, Saints still reeling from the goal, and it was 2-0. Full back Barisic, a shock signing in January from Rangers, was caught on the ball by Andersen, and the Norwegian hit the byline before floating a wonderful cross to the unmarked Fruin for his second goal of the game, although many in Perth colours felt Eubsinho in goal could have done better with the cross. Either way, it was a powerful header that had the Highlanders going wild. 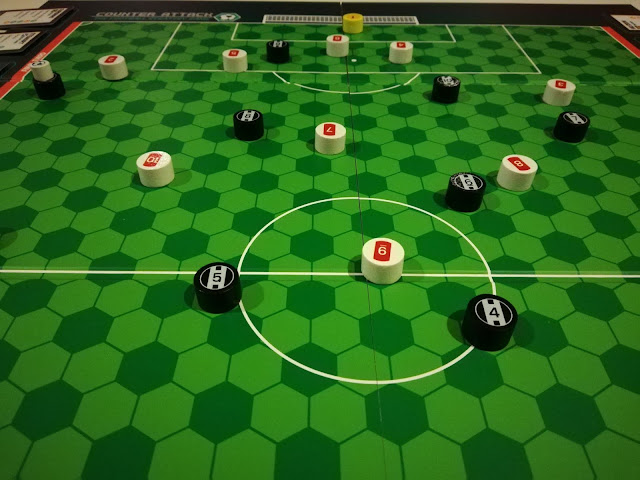 Manager Wright had his work cut out, but his experience told him panic would be the end of his team and after some calming motions from the sidelines and a quick word with his captain Kerr, Saints again settled into a rhythm and began playing the simple pass and putting in a lot of work off the ball. Inverness seemed quite content to sit on a 2 goal lead and this proved to be a mistake. Saints began to push them back into their own half more and more as half time approached and for the most part it was a solid rearguard action by the mean from the north.

That was until Van De Kerkhof unlocked them. A thrown on the left was sent back towards the Croatian left back Barisic, who quickly fed the Dutch maestro who strode forward into the final third before threading the ball between the Inverness centre backs Attah and Werdekker. A second later the Frenchman Iwu had cut the deficit in half with a fine first time finish beyond the despairing Walker in goal. 2 minutes later referee Webster had blown for half time and Saints looked the happier of the two teams as they headed down the tunnel. 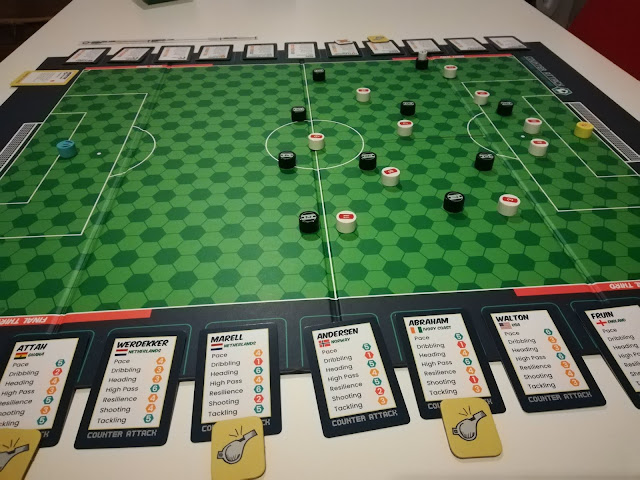 If anyone in the stadium needed a clue as to how the second half would unfold, they need only have looked to the way the teams took to the field for the remainder of the game. Inverness strolled onto the famous pitch, ready to try and claim the famous trophya minute before St Johnstone came charging out the tunnel as one looking like they were ready to wrest that trophy from a grizzly bear with their bare hands. The difference was palpable and within 5 minutes the Perth men were level. Abraham was caught in possession by Delgado, who played a first time pass diagonally in behind ICT full back Kalla. To see Mitchell in full flight was a thing of beauty, but the cross he put on a plate for the onrushing Iwu who smashed a half-volley into the roof of the net past the static Walker. The Saints fans erupted and found their voices. Inverness looked rattled.

The game was beginning to be played out in the Inverness half. Unfancied before kick off, the side from the Highlands were beggining to find out why as wave after wave of St Johnstone attacks came down on them. Iwu, Sesay and Littlewood all had great chances but it wasn't entirely one way traffic. On the hour Inverness managed to find themselves with a free kick on the edge of the box but a fine effort by Walton was well held by Eubsinho, atoning for his lacklustre effort in the first half. 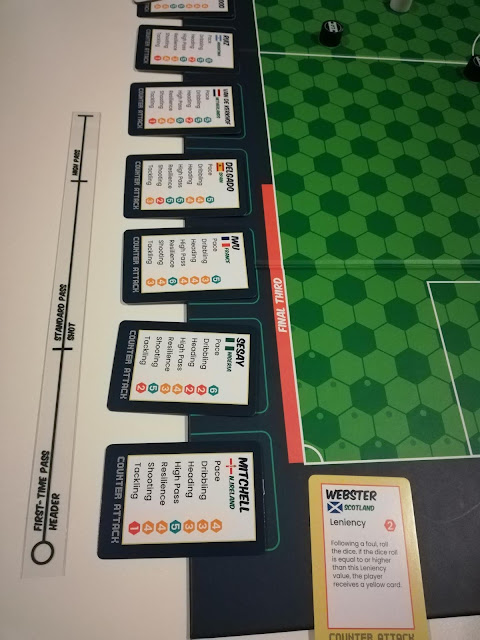 You could feel it coming by now though, and on 70 minutes Saints finally took the lead. Kerr cut out a rare Inverness attack before playing in full back Stewart who payed a quick give and go with Ruiz, before releasing Mitchell into the channel. His low cross was met by the impressive Iwu who gave Walker no chance in goal for his hat-trick. Inverness then buckled like a belt. Goals from Sesay and substitute Rusu, introduced with two minutes left to allow Iwu his standing ovation, put the icing on the cake for the Perth men.

It should be said the Championship side put up a good fight, but once St Johnstone found their rhythm, the gulf in class began to show and the plucky Highlanders couldn't avoid the inevitable defeat from the Super Saints in what was a hugely enjoyable game of football (on a board). 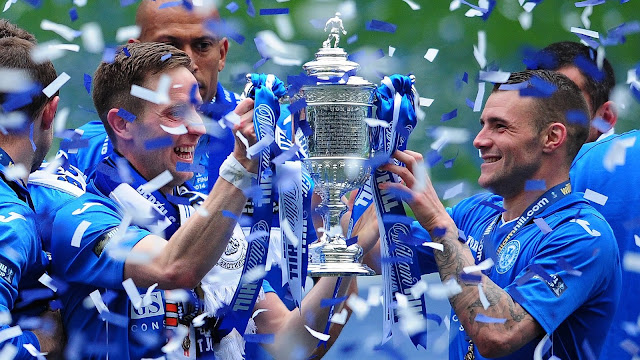 We were provided a copy of the game by Webstar Games. You can find the website here.
If you would like to support more written pieces on the blog then please consider backing us on Patreon. www.patreon.com/werenotwizards
Counter Attack Review Webstar Games