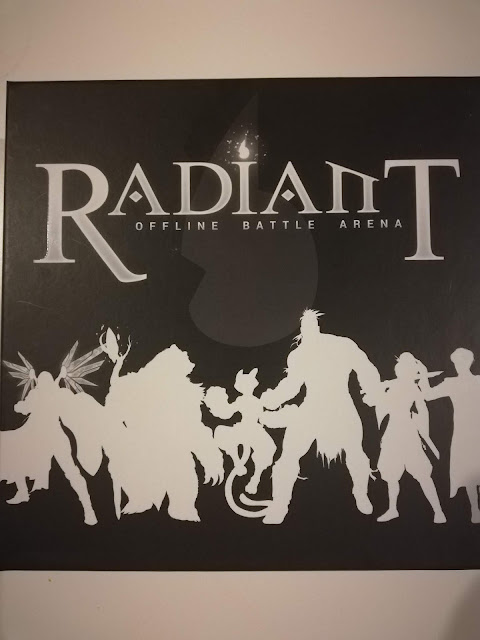 Radiant Offline Battle Arena (ROBA) is a card based version of a Multiplayer Online Battle Arena or MOBA. (I will now revert to acronyms as that's a lot to type repeatedly).  Initial impressions upon opening the box, are that there are a lot of characters to choose from for your team of three heroes, which could be good for longevity, given the amount of combinations possible.

Each hero comes with it's own set of cards and all 3 decks are shuffled together to form your skill deck from which you draw your hand each turn. A deity is also selected and the accompanying three Conduit cards are placed on the board with your heroes "defending" these. This reminded me a little of the game play I love in the Legend of the Five Rings LCG. Each player also received a deck of item cards which can be used later in the game, as power is earned by defeating heroes, destroying conduits or from card effects. Power can also be used to level up heroes as the game progresses. 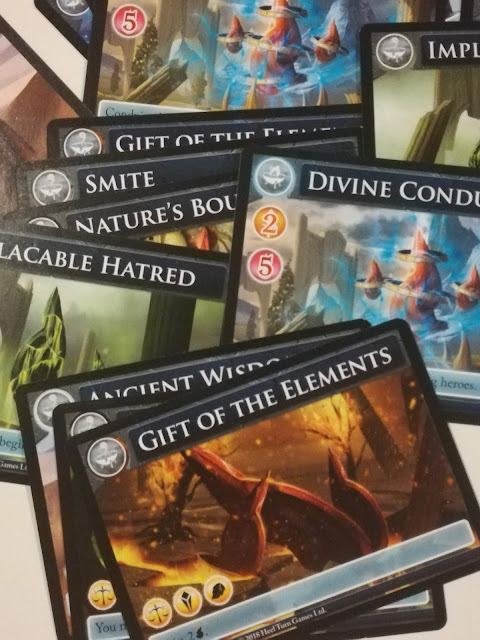 Heroes were placed in front of my conduits ready to do battle. In each turn players get 3 actions (apart from round 1 where the starting player gets 2, but gains 2 power). There are 5 actions (but not all will be available each turn) - Attack, Recover, Move, Level Up and Manifest. Early on myself and my friend were only really using the first 3, not having enough Power to level up and not having any knocked out heroes to Manifest which was a strange situation considering that this was something that didn't exactly increase as time went on.

We both felt like we fumbled our way through the game in our first battle and probably only touched on the rudimentary aspects of it, often referring to the rule book. That in itself felt like a bit of a challenge with the layout being a bit confusing, and retrieval of the required information not being easy to obtain. This definitely impacted our enjoyment of that first game and we both came away feeling like it was a good game, but nothing really jumped out at us. 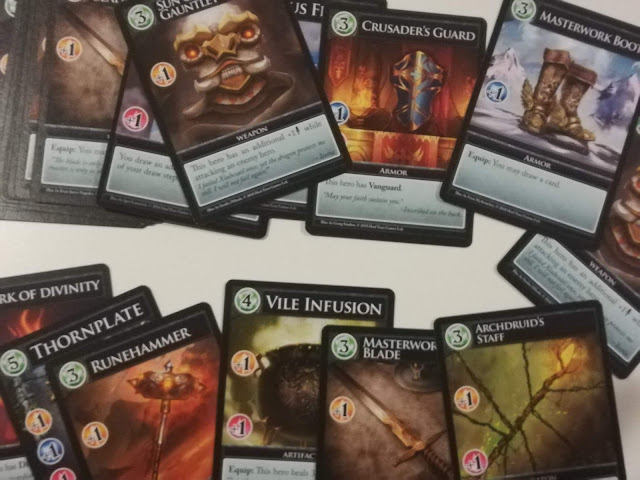 Undaunted by this, we played another game and found we managed to get a smoother game in, with less referring to the manual. The game was fun, but again we left it feeling like it was no more than that. The battling felt a little too mechanical at times and the skill cards played from hand didn't feel as thematic as I'm used to it Living Card Games. While that may not be an entirely fair comparison in a game play sense, theme in a card game is important to me to help set a scene and let me see beyond decks of cards and dwell in the game world for the duration of the game. R.O.B.A. lacked that a bit for me, but that's not to say this would be the case for everyone. 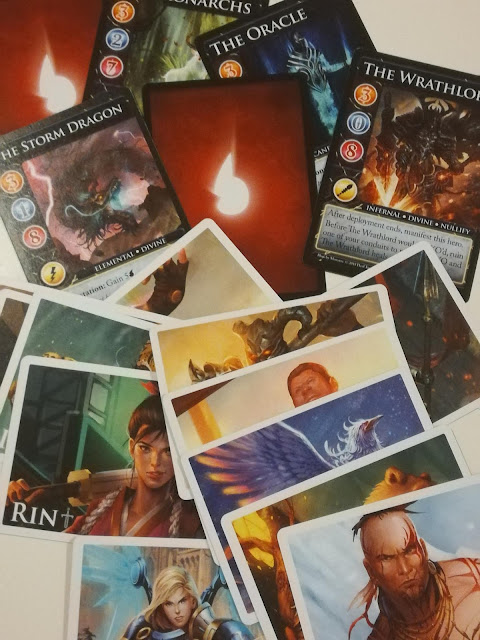 Overall, the game looks good and is presented well. The game play is serviceable, but a little samey after just a couple of plays. This could be a personal bias towards deck building/deck construction games, so take that with a pinch of salt. As a 2-player game is was enjoyable, but it's not one or my friend who played both games with me feel compelled to get to the table again any time soon.