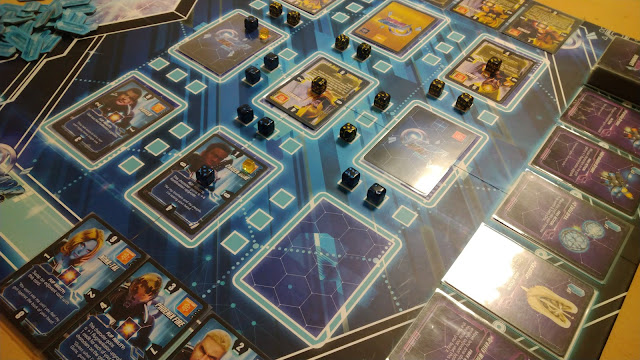 If Vector Wars demonstrates anything about the nature of Kickstarter, it is that a strong marketing campaign is almost as important as making sure the game itself works. As the platform continues to grow and change, Vector Wars joins the list of games that we might simply never see climb back on the kickstarter bandwagon, due to the huge task that getting the word out involves. Vector Wars has been on Kickstarter previously, and failed to reach its funding goal. So why even bother telling you about it now, when you can't jump on and back it? 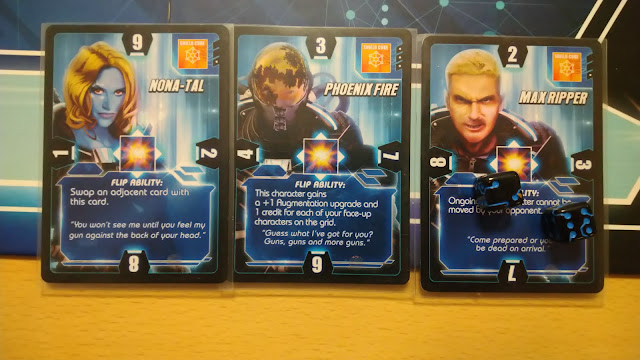 Well, I'm hoping you're reading this because Eli Mamane has made the bold move of starting to produce the copies through his own source of funding, or it has managed to find a safe port in the arms of a careful and interested publisher. I hoping that you are  reading this  because you've heard about it and you want to find out more.
Vector Wars isn't the big game that "should have been", and this is not going to be eight hundred words of me screaming from the rooftops that we were all wrong in not giving it the support, because we're passed that now. Now it's time to deal with what we have in front of us. 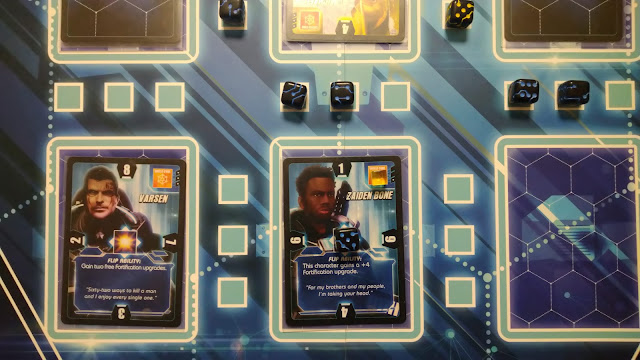 There's a lot of videogame gone into Vector Wars, and everything from the box art to the rule book will have you harping back to the days of the Sony PlayStation, and the kind of characters that wouldn't be out of place in an console Role-Playing Game. It's fair from the outset to say that Vector Wars shares some DNA from the highly popular Final Fantasy VIII game Triple Triad. This isn't a copy and paste job with a re-skin, but the extension of an idea. You take command of one of four core factions, and talking the nine character cards into your possession, you'll then take turns to play them onto a three by three grid, with the aim being to either take full control of all nine spaces, or run out of moves and end up totalling up your Zetta Orbs to find out who is the winner.  For those wanting something different, you can also play a 'capture the flag' type game where you must hold onto the flag cube until the end of the game. You can try 'Light the Grid' where you secretly try to maintain control of certain squares until you cash them in to gain additional Zetta Orbs. 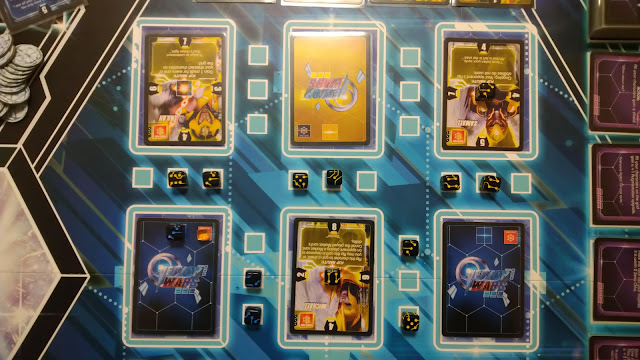 Vector Wars is about attacking your opponents characters, but those who rush in with gay abandon will find themselves easily handed their arse on a plate, as this is about preparation before the attack, or battening down the hatches for a potential assault from all sides. Each of the characters in your team have numbers on each of the four sides of the cards, which will represent your strength for that character. Through the access of upgrades through either market cards or upgrade actions, you have the ability to increase the space the character occupies, or increase the strength of the character, all of which will hold you in good stead for when you decide to take things to the next level and fight things out. You have to reach the correct balance, because you always play a card face down, but then have the option to flip over and use the the flip power of the character you've played. So there is the option to flip quickly and get things happening, or wait until you're attacked and the card flips automatically and hopefully you get the upper hand. Placing cards is the key in the beginning until gravity wells can be played and you can start moving your characters around the board, but even then dominating the obvious middle squares can lead to quick loss of characters and therefore points. 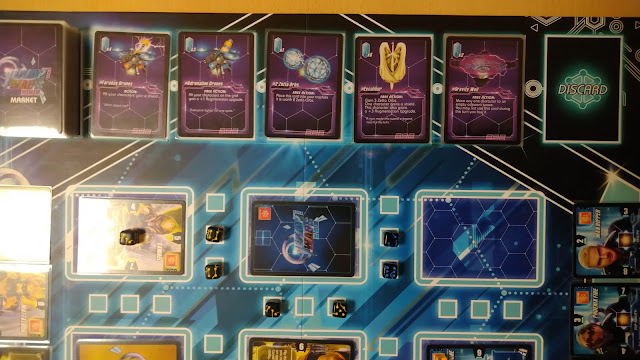 There's more strategy to Vector Wars than meets the eye, and you can see a love of card games that Eli has put into the game the more you play. This is the main reason to give it a consideration, playing a few rounds will teach you the basics, but playing some more will give you the strategy and tactics to learn how to win. Its not a game to play once, but to sit down over a couple of weeks to mix and match the different factions to see what works and what needs work. But it's not like a normal card game, in terms of facing off across the table from each other. You could sit side by side with your opponent if you want to. It will give you the opportunity to dig them in the ribs, or push them off their chair. Totally up to you. 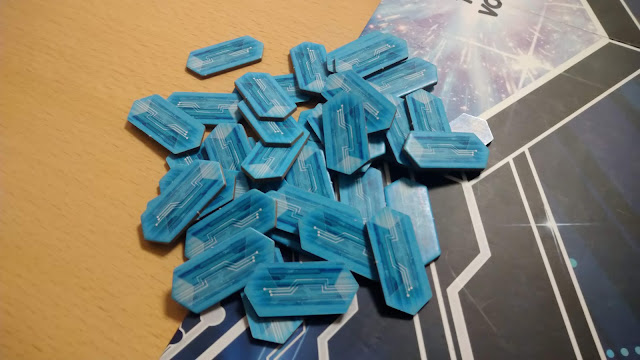 The worst thing about Vector Wars, is currently it might not get a chance to reach the table in the first place, as it's main enemy is once again not quality of product, but the message of the marketing battle. In many ways, it's not an easy game to explain to others in a simple easy to digest phrase. It's fairly unique in terms of what it offers the player, even though you think you know what you're getting. It falls into the trap of not having a fast and friendly marketing line that people can hear and repeat, you can't possibly use the obvious tie in with Triple Triad without fear of being sued into the Void. So if you get a chance to play it at an event, I would certainly suggest you give it a go and make your decision from there. There's a lot of potential here and I hope you get the chance to sample it.

The pictures you see are from a prototype version of the game and the final version will change.
We received a prototype version which we returned to the publisher after use.
You can sign up to keep informed on Vector Wars on Meeple City Games
You can listen to us talk to Eli on his Podcast Episode on Here