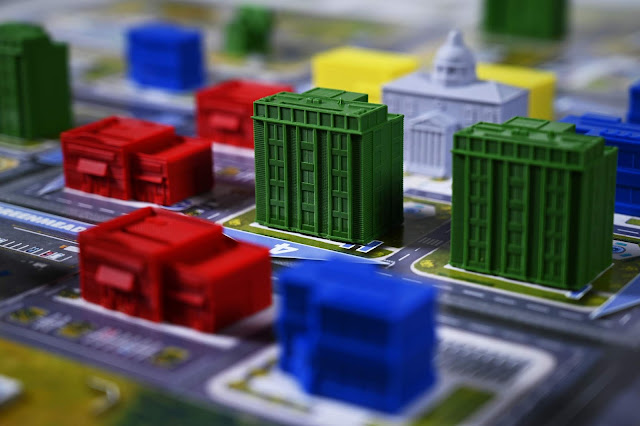 I've always fancied myself as a bit of a property magnate. I rented out my house in Burntisland for a bit, but got fleeced by the last tenant I had and he ended up owing me about £2,000 by the time he was turfed out. That's a pittance compared to the eye-watering sums of money I managed to lose playing Magnate: The First City from Naylor Games.

The game sees you take on the role of a budding property developer in Humbleburg. A location where the council have seen fit to get rid of zoning laws and open things up for the budding Donald Trump's of the world (not the current version, but the previous version that kept going bankrupt on bum deals). 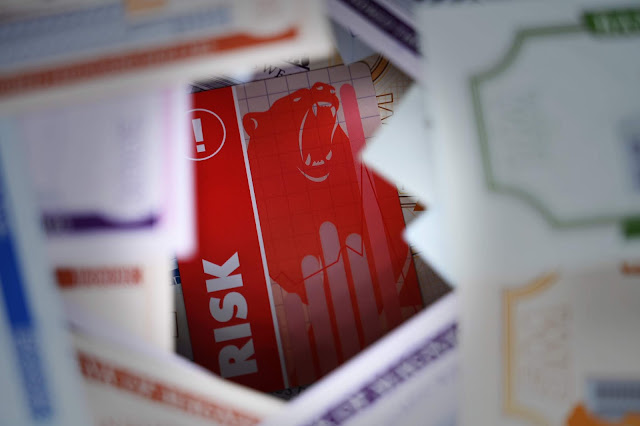 Before I really knew what I was doing, and with little planning (not entirely down to relaxed zoning laws either) I had bought my first retail unit and was feeling good. The land had come up for sale at a good price so I thought "what the hell" and went for it. What's 300k after all. That would be coming back in rent before you could say property crash! 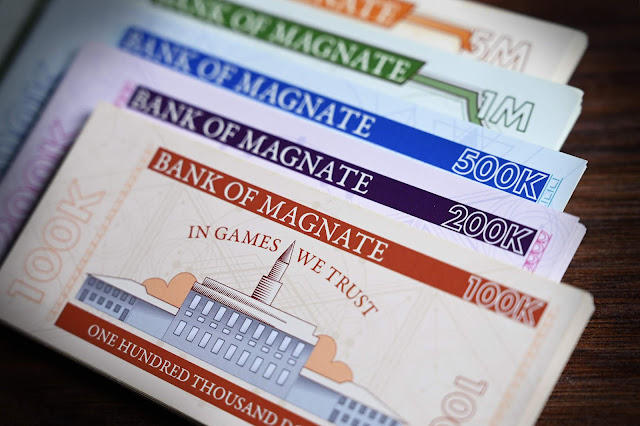 I was starting to feel good. My capital had dipped alarmingly, but I felt good. I could offer my services as a consultant if required (it pays pretty good), or even put my marketing team into action to attract tenants. The world was my oyster. What I hadn't banked on was my competitor buying up land like it was going out of fashion. Available lots were dwindling fast. I needed to add to my portfolio quickly. 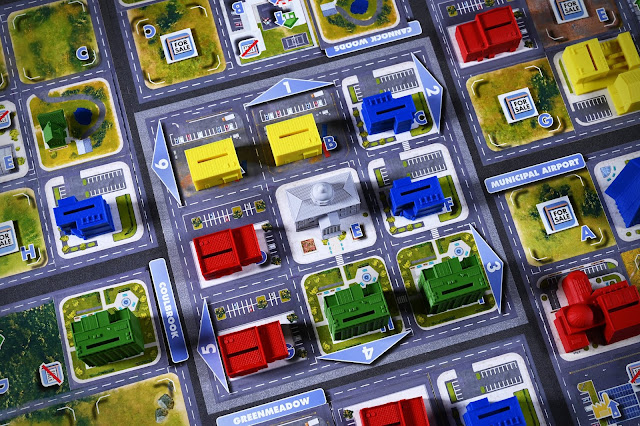 Some financial gymnastics and newly attracted (and paying) tenants meant I was back in the game. Luckily the consultancy work was still there as the land price was rising rapidly in the fertile suburbs of Humbleburg. I was in my groove now though. Bonuses yielded rewards, but risk was always present and I started to get nervous as my empire grew. When would it all end?

My rivals seemed to have bigger portfolios and I sensed a pivotal moment coming so I decided to sell  some property and hopefully ride out the coming storm. That's the things with bubbles when they inflate rapidly and keep going. They eventually burst and this one sure as hell did. The price of property dropped rapidly and I had to hope my liquidity was enough to cushion the fall. Luckily I had gambled at just the right time and I escaped with a few million in the bank. Some of the others were not so lucky. I'm sure I was served by one of them in the local coffee shop. 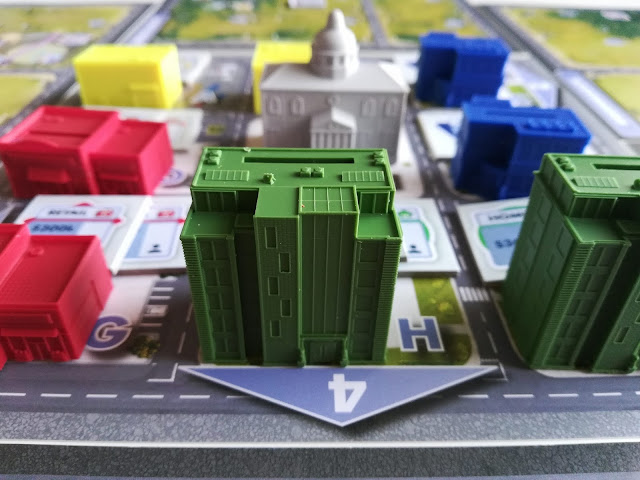 Monopoly this is not. Magnate: The First City gives a real sense of dabbling in the property market and trying to outfox your rivals to predict and therefore mitigate the inevitable property crash. The component quality (which in this preview copy was pretty much the final version) is top quality. The buildings are great. Each has a little slot to pop your company logo in to show its your property. Each company has wallets to hide their growing fortune from other players. The cards are nice and bright and iconography is clear. The property market board is clear - the game just oozes class.

I had a lot of fun playing this and got surprisingly attached to my burgeoning property empire. I reluctantly sold property, worrying how my tenants would fare. I tried to get good plots of land for my retail units. I wanted my office blocks to be close to the city for commuters and tried to build residential property in nice areas near parks or forests. I got sucked in at that level, whether by design or not. I also got very attached to my money, once it started flowing a bit more freely and that crash hangs over your head like doom foretold and as the crash nears your worry increases. 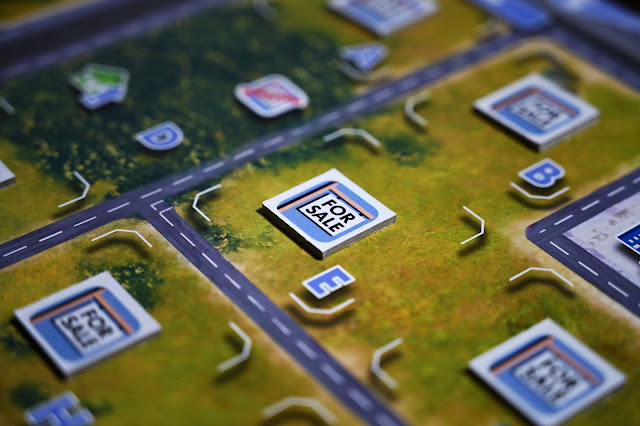 We were provided a preview copy of the game by Naylor Games. At the time of writing the game has 36 hours of its campaign left and is 321% funded.