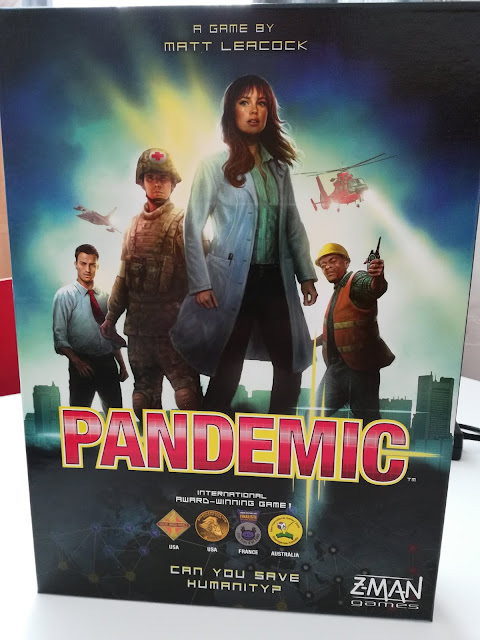 The first idea we had of a major catastrophe was when we had reports of simultaneous outbreaks of several virulent viral infections. The Indian sub-continent, Western Europe and Africa were hit especially hard in the early days. Medical services in Rome, Delhi and Johannesburg were reporting mass casualties and medical services in danger of collapsing under the pressure. As we at the CDC began mobilising to tackle this problem, reports started coming in of infections showing up in every continent across the globe including right here in the United States. We had to move quickly as our computer simulations did not pain a rosy future for humanity. We were looking at the end of civilisation as we know it, and possible extinction.

From the CDC headquarters here in Atlanta, I was tasked with pulling together a team and getting them into the field as quickly as possible to tackle these outbreaks head on. I pulled in the leading experts across a number of fields – engineers, IT and logistics experts, world renowned researchers, leading disease specialists, the military and many others. My job was to coordinate the teams in the field from the CDC. The enormity of the task only became apparent when we realised in the first week we were dealing with four unique viral outbreaks across the globe.

Initially the viruses seemed regional. While that in itself helped us a little, the infection and mortality rates of each virus were unusually high and threatened to overwhelm us almost immediately. Of course, my gallows humour, essential in my line of work, meant I had to name each virus and give it a personality in a way. It was my way of coping with the mental challenge I was faced with.

In the Far East and Australia the virus was christened The Red Masque. Patients often suffered severe haemorrhaging from eyes, ears, nose and mouth. The Middle East, Indian sub-continent and eastern Russia were in the grip of the Black Death. Ironically it was the actual Plague, long thought eradicated. Africa, South and Central America as well as southern areas of the United States were dealing with Mellow Yellow, a virus that inevitably resulted in a catatonic state before complete organ failure. The rest of the United States, Canada and Western Europe were dealing with Captain Trips. Yeah, I'm a big fan of Stephen King's “The Stand”. It's not like anyone will sue us now.
Back in the control room of the CDC I was trying to coordinate the teams in the field. Within days my staff in the CDC control room had renamed it “The War Room”. It certainly felt like a modern day version of Churchill's War Room in World War Two. He and his staff could monitor how the RAF were doing against the Luftwaffe during the Battle of Britain whereas I always felt like I was watching us try to fend off Armageddon. 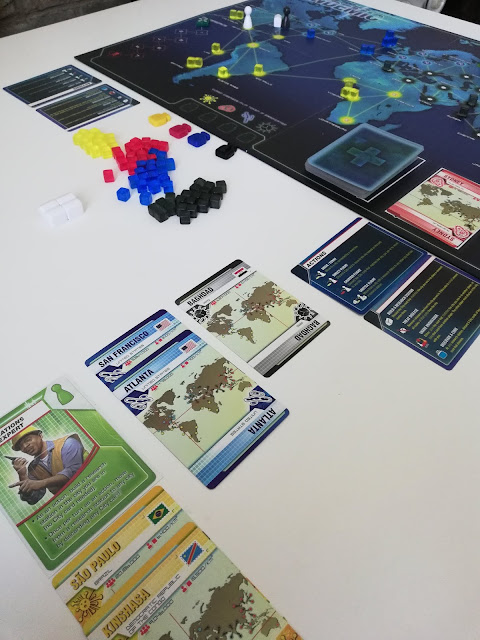 The spread of disease was marked by coloured blocks on the giant screen in the War Room. As reports came in of new infections spreading to cities we'd get a graphic showing location, area and population. As each new city sprang up with increasing regularity my hope began to fade. We tried everything. New research stations were built around the world to help facilitate research and treatment but we'd get on top of a virus locally, only for another one to spring up somewhere nearby. Things got really scary when reports came in of diseases breaking outwith their region. When Captain Trips was reported in the Middle East I knew time was running out.

The teams in the field did their best. We even managed to find a cure for Red Masque, but Black Death spread into Bangkok and Hong Kong. It was like a death knell for humanity. I'm sitting here in Atlanta writing this, looking at the giant James Bond villain monitor in the War Room. Its showing a stylised version of a dead world. There's no hope left as there are no people left to fight this. My teams in the field went dark 8 days ago. Major TV and Radio networks are going off air. The Chinese government collapsed 3 days ago. The United States in in chaos. Looting, arson, murder seem to be the death throes of a once great nation. Large swathes of the planet have gone dark according to the crew of the International Space Station. Our partner agency NASA passed this on before they closed down earlier today. This is the end. I just need the courage to head down to the lab and end this.